Mark Steutel Named Division I Coach of the Year 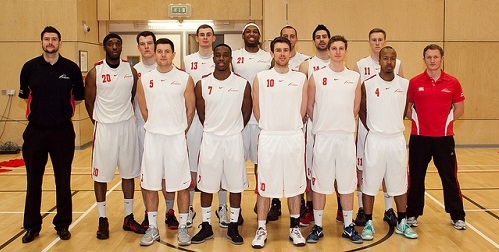 Marc Steutel has been selected EBL Coach of the Year again, but this time in Division 1!

Steutel was selected as Coach of the Year in 2011/12 as he helped lead Team Northumbria to promotion to Division 1, and in his first season at the top level was chosen by his peers for the same award again. Team Northumbria finished third in their first VCARS.co.uk D1 Men’s season and have also earned a trip to this weekend’s Final Fours, a fantastic achievement for a newly promoted team.

We would like to congratulate coach Steutel on this achievement and also wish him, and the team, best of luck this weekend, April 27th and 28th, at the Final Four in Manchester.