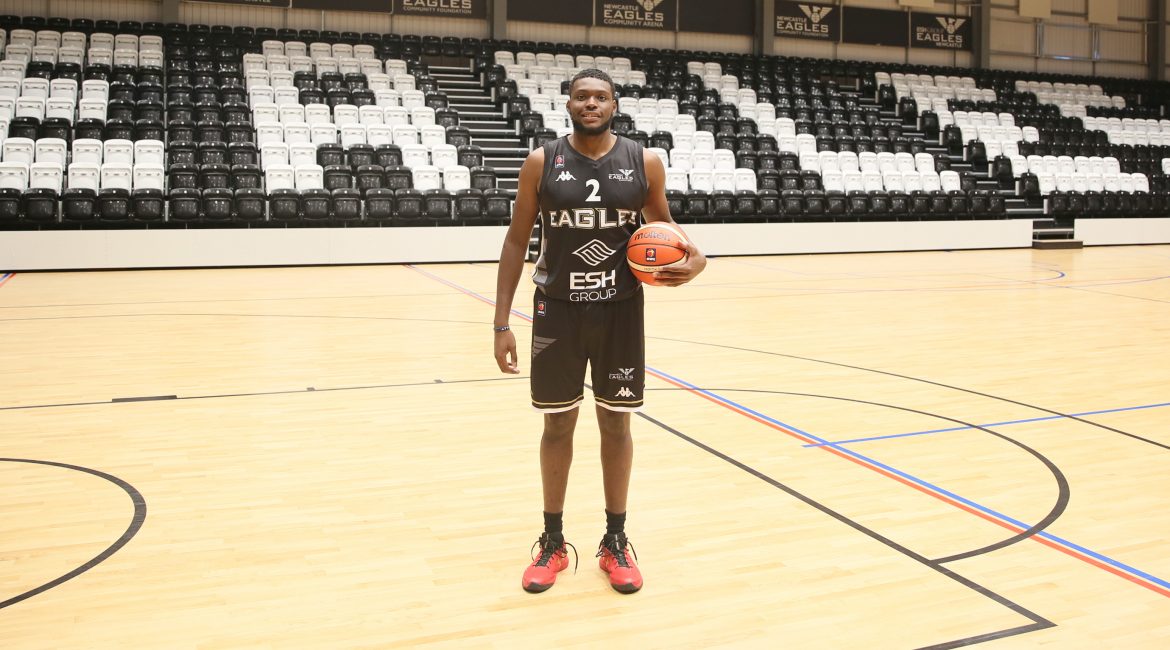 One of the features of Newcastle Eagles’ 86-80 pre-season win against Worcester Wolves earlier this month was the performance of small forward Mike Morsell who weighed in with 21 points in just over 22 minutes coming off the bench.

Morsell had only arrived the night before the game and had one training session with his new team-mates.

It was a display that thrilled the Eagles fans and equally impressive run-outs in back-to-back friendlies against Sheffield Sharks have earned the American instant cult status.

Little wonder, then, that Morsell is happy to be in Newcastle for the 2019-20 season.

“I’m really excited and I think we’ve got a great team and we have a chance to go all the way,” he said. “I think everyone plays their role and there’s no selfishness at all so it makes me really excited about the season.”

It’s not just the basketball that Morsell is looking forward to as, despite only being on Tyneside for just short of a fortnight, he already likes what he sees off court as well as on it.

“I’m settling in great,” he added. “I love it over here already. It’s a nice city, the people are really, really friendly, the team are also all nice and so far, it’s just been a great atmosphere and start.”

Back to on-court issues and Morsell was happy with his contribution in the win against Worcester and his first look at British basketball.

Back to back games against Sheffield gave Morsell a first-hand glimpse of what a BBL weekend can be and also helped him blend with his team-mates as the roster gains more match fitness ahead of the season opener against Cheshire Phoenix on Friday.

“I know in the BBL that you sometimes have play and win games back-to-back so it was a great tune-up for me to get used to what’s coming this  season.”

Like all the new players Morsell thought he was coming to Newcastle to play for – and be coached by – Fab Flournoy.

But with Newcastle’s former coach bedding in with the Raptors in Toronto that’s no longer the case.

“I just love it here,” he insisted. “Ian [MacLeod, interim head coach] is a great coach. He communicates well and talks to us in a nice, professional manner.

“I think I’m responding to him well and already have a great connection. I think we’re going to be real good.”

Morsell is an infectious, articulate man and is clearly delighted to be in Newcastle.

“Come out, be loud and let’s get some wins together,” he added. “Who knows – we might get a Championship at the end of the year.”