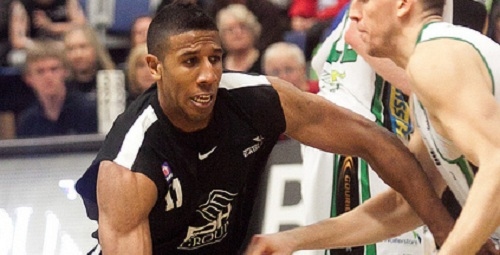 ewcastle Eagles’ high-flying forward Kareem Maddox has been named the Molten BBL Player Of The Month for November after a run of excellent performances.

The American forward made the summer switch to Tyneside from Zwolle where he played in the Dutch League alongside Damon Huffman who also made the move. And, the pair have been hugely influential and hit the ground running in what has generally been a great start to the season for the Eagles.

Maddox in particular has caught fire during recent weeks, looking more and more assured with every game and evolving into an integral part of a Newcastle Eagles team intent on landing more silverware after last seasons’ clean sweep.

Most impressively of all, the performances of Maddox have been particularly noteworthy at both ends of the court. He has harvested some really impressive numbers in terms of rebounds, steals and blocked shots – as well as scoring and field goal percentage.

His performances have helped the Eagles to go through November with four wins from five games to not only remain at the forefront of the title race, but to also clinch another spot at the BBL Cup Final at the National Indoor Arena in Birmingham on Sunday 13th January where they will get to defend their title.

Even during the only defeat for the Eagles which came last weekend in the BBL Cup semi-final second-leg against UCP Marjon Plymouth Raiders, Maddox still produced an influential display. He claimed 14 points and a stunning 21 rebounds, without which, his team would probably have been left reflecting on a morale-sapping and unthinkable Cup exit.

During the month, Maddox averaged a terrific double-double of 16 points and 10.6 rebounds. He also made the top ten in the BBL for steals with 2.0 per game, and was the second best shot blocker with 1.8 blocks per game.

The award is a great boost for the player who will be happy to enjoy a double celebration this week, since he will turn 24 years old on Sunday.