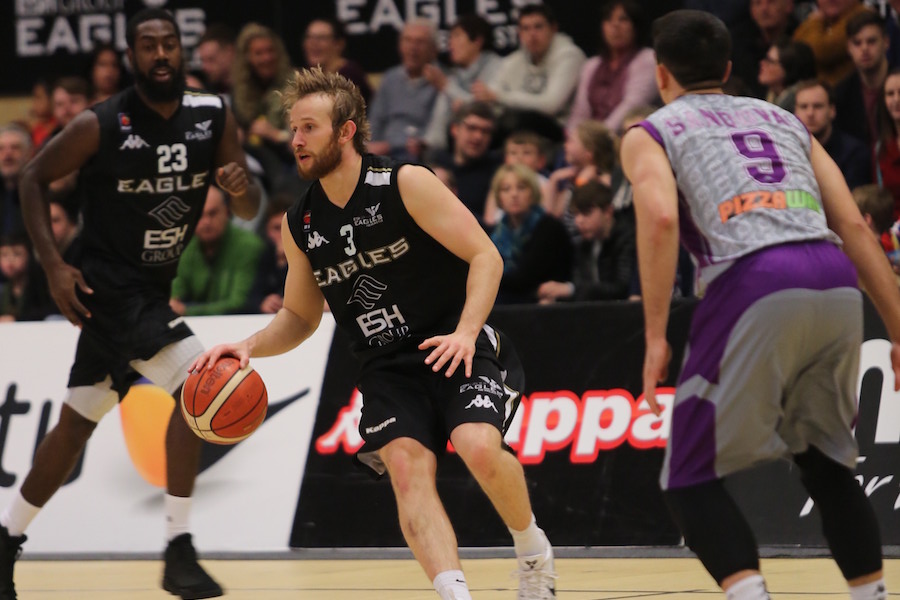 The North-East side were without captain Darius Defoe for the clash, but came out firing en route to a commanding win as they move level on points with Leicester Riders at the top.

Rahmon Fletcher led the way with 24 points and six assists with his back-court partner, Deondre Parks, adding a further 20 points.

And it was Parks who set the tone with a triple to open the scoring in a 7-2 start before Fletcher scored a quickfire seven as the lead jumped out to 14 points at 22-8.

Orlan Jackman scored five points in a row early in the second as the Eagles were doubling their opponents’ score at 38-19 and in complete control.

The gap was at 22 at half-time, but the visitors made a strong start to the third and managed to cut their deficit down to 12 before a 7-0 close from the Eagles.

Christian Behrens restored the 20-point cushion early in the fourth and almost posted a first double-double for the Eagles after weighing in with eight points and 10 boards as Newcastle wrapped up the victory.