Latvian Stars to Light Up Newcastle 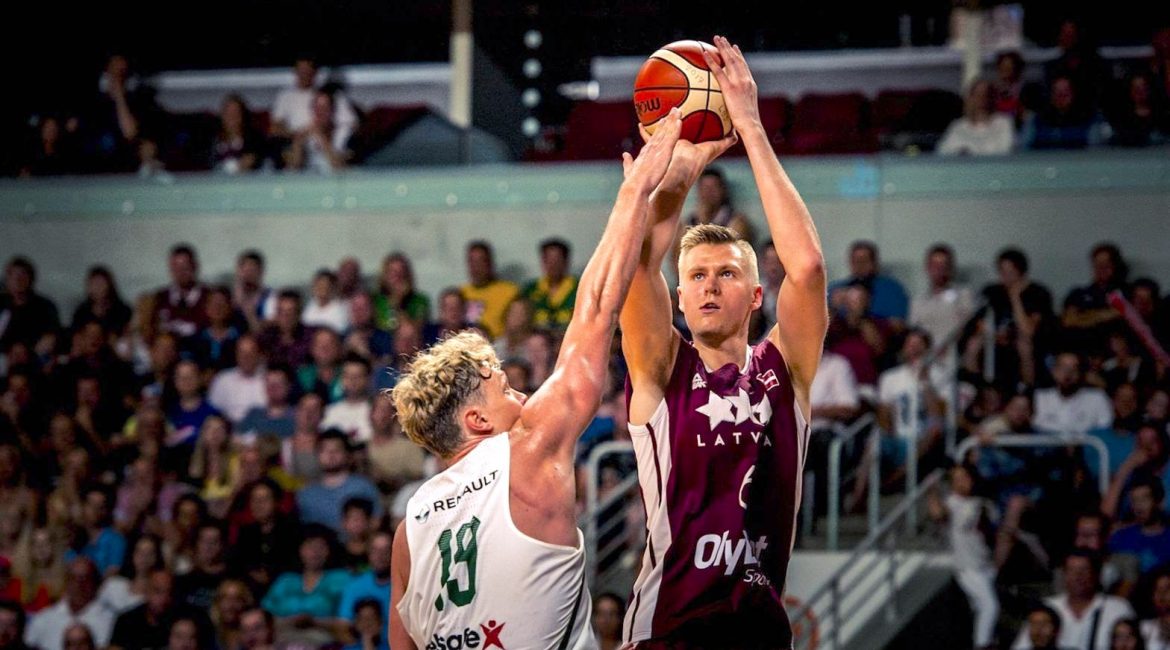 NBA superstar Kristaps Porzingis looks set to thrill another capacity crowd on Tyneside next month as international basketball returns to the North East.

More than 1,000 tickets for Great Britain’s latest World Cup qualifier against Latvia were snapped up within 24 hours.

And confirmation that Washington Wizards star Porzingis will suit up against Nate Reinking’s men means yet another Vertu Motors Arena sell-out is on the cards.

GB lock horns with Latvia on August 28 before heading to Italy and a Eurobasket date with destiny.

And the home side will be hoping for the perfect send-off before setting up base in Milan for September’s European Championships.

GB vs Latvia in Newcastle This August On Sale Now
July 4, 2022

Latvia’s failure to qualify for Eurobasket means August’s World Cup qualifiers are the sole focus of a nation renowned for producing a host of hoops stars.

And Porzingis can’t wait to hook up with his fellow countrymen after missing the previous international window.

The 26-year-old chipped in 22.1 points, 8.8 rebounds, and 2.9 assists in 17 games following last season’s megabucks trade to the Wizards.

And the 7ft 3in star promised Latvian fans: “I’ll play in the August window.

“I think my game has improved over the season. Before that, I was stopped by injuries, COVID-19 and so on.

“But I’m glad I found myself in Washington. It’s a good organisation, which helps me a lot.”

Fellow countryman Davis Bertans went the opposite way in a two-player trade with Dallas Mavericks.

And the 29-year-old looks set to line up alongside Porzingis as GB look to push one step closer towards the World Cup finals.

Top 30 ranked Latvia follow Germany, Greece and Turkey to the Vertu Motors Arena — fast becoming one of the most talked about venues in European basketball.

And Paul Blake, Managing Director of the Eagles, said: “This is the busiest time of the year for the British men’s senior team and as always we’re proud to play our part in helping a talented squad achieve its goals.

“We’re delighted that the Vertu Motors Arena has been chosen yet again for another key fixture in the World Cup qualifying campaign.

“The Turkey result might not have gone GB’s way earlier this month but another sell-out crowd made for a fantastic atmosphere and a great occasion.

“Our support for GB’s men is well known and we’ll do everything we can to ensure both teams enjoy a typically warm Tyneside welcome next month.”