Lasker Looking To Roll With The Win

Newcastle Eagles/News/BBL/Lasker Looking To Roll With The Win 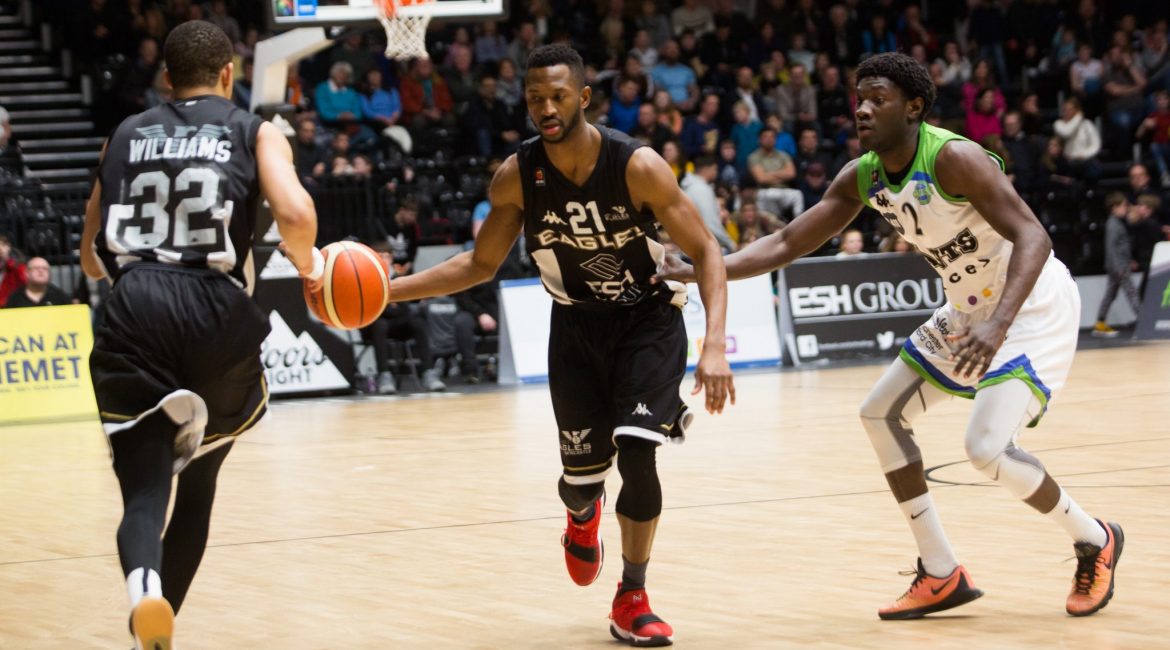 Last Friday at the third time of asking, Esh Group Eagles Newcastle finally celebrated a win at the new Eagles Community Arena with a 93 – 85 win in the BBL Championship over Manchester Giants.

For veteran guard Drew Lasker one of Fab Flournoy’s trusted lieutenant’s it was a great feeling to finally get off the mark on their new home-court.

“It was great and it was long overdue. It felt like we got the monkey off our backs. I’m happy for the fans who give us great support, Sam and Paul Blake, Fab (Flournoy) and everyone within the organisation. It was all those feelings mixed in to one.”

“We didn’t really talk about it but I guess we were a bit anxious as we hadn’t gotten that first one. I’m not sure it contributed to the losses or even our bad start but it’s done now and it’s good to have that in the rear-view mirror.”

Lasker himself had to step up and show true leadership qualities with Rahmon Fletcher leaving the game early in the third period. He helped guide the team and his back-court partner Kyle Williams through against a tough Manchester side although Lasker felt that’s what his role is.

“That’s what Kyle and my jobs are. We are the ‘bench mob’ as we like to say. Our job is just to plug-in to what is needed in any particular game. Sometimes the role is going to be more or less depending on the flow of the game and how Fletch and Jeremy (Smith) are playing in their situation.”

“It’s nothing that needs to be glorified from that perspective that’s just us doing our jobs and making sure we help our team-mates out. It was a nice win to get after losing to them in the Trophy. It was good to meet them again so soon afterwards and get the chance to show we can beat them on any given night.”

This weekend is another big one for Lasker and the rest of the Eagles as arch-rivals Glasgow Rocks come to the Eagles Community Arena on Friday in The BBL before the Eagles head out on the road on Sunday to face Manchester once again, this time on their Giants home-court.

“The Rocks are going to come in with a different attitude after finally turning around a poor record against us last season. They aren’t worried about that aspect any more and they know now they can beat us and will be looking forward to coming in on Friday.”

“Plus, right now they, along with London Lions, are probably playing the best basketball in the league right now winning their last eight out of ten. So, they’re going to come in thinking they’ve got just as good a chance as ever. That new-found confidence makes them a very dangerous team to play right now.”

“For us it’s about trying to go on that run. I feel that every year we always seem to have a run of wins in us and that hasn’t really happened this year. But I think its time for that now and feels like we’re ready for that at this time of the season. It’s time for us to roll it out.”

“If we can get that win on Friday it increases the confidence and then we can roll in to Manchester looking for another one. There’s no ifs or buts about it, right now we need both of these wins this weekend.”

“Anything less than 2 – 0 this weekend would be below our standards so we’ve got to be focused and get them both this weekend by any means that is necessary. Obviously both the teams standing in our way will be thinking the same way but we really need to get these wins this weekend and get the run rolling.”

Tickets are selling fast for this Friday’s game, but are still available online now or by calling 0191 2453880 and choosing option 1 for the box office.