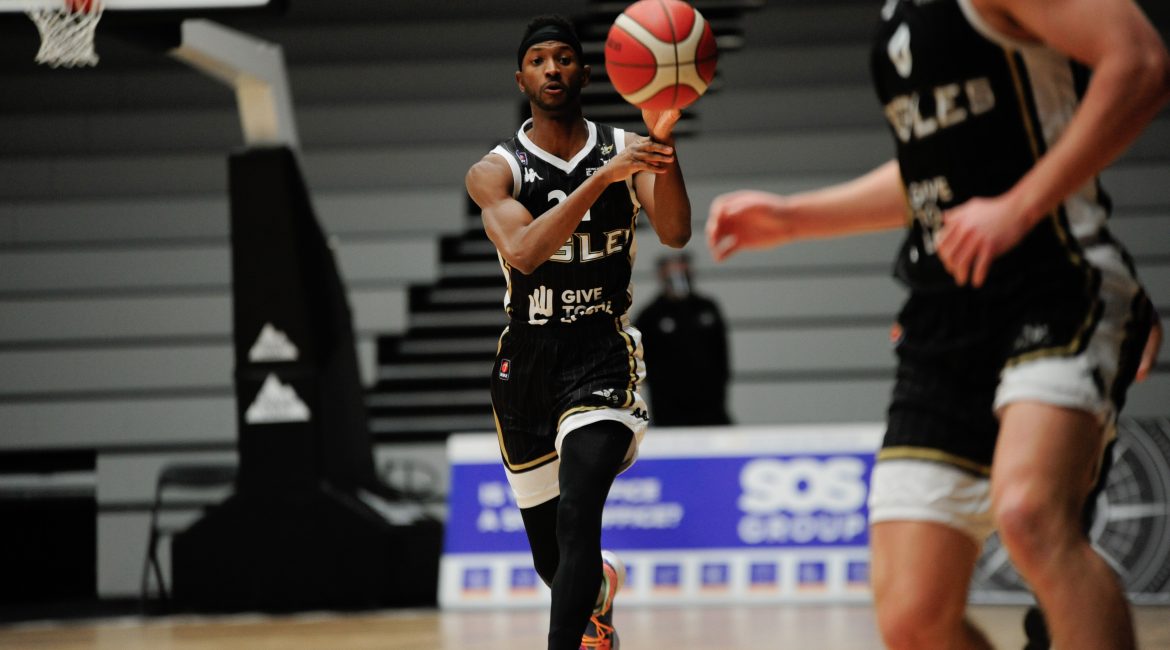 Newcastle Eagles astonishing fourth quarter capitulation against Manchester Giants was the subject of much debate around the BBL over the weekend. Leading 75 – 60 with ten minutes to go it seemed as if Ian Macleod’s men were poised for a solid home win.

But the Giants outscored Newcastle 35 – 16 in that fateful final quarter to take the win and leave many scratching their heads at what they had just seen. The Eagles will make the play-offs but with Champions-elect Leicester Riders due in town this Friday it was a knock to their confidence.

Veteran guard Drew Lasker who was on the bench for the Eagles but not called to duty during the game was clear as to what he thought had happened with his teammates.

“We just imploded. Physically and emotionally. We had an opportunity to look back at the game and it was just one play that triggered it and it snowballed from there. We couldn’t get stops on the defensive end, a couple of calls didn’t go our way and we hung our heads a little bit and our offence got stagnant.”

“It all kind of happened at the same time. Offensively struggling, defensively struggling probably get a bit too emotional over things that we couldn’t control and it turned into a debacle. We’re an emotional team and we can’t not be a team that doesn’t get emotional we just have to control it.”

“It’s tough in the heat of the battle and it’s magnified because there’s no fans and I really think that is a big issue as there’s no distractions from the fans and it means the referees are hearing things that they wouldn’t if fans were in.”

“I think we miss that help from the fans when things are going against us but at the end of the day it’s up to us to get on top of it and control it.

Lasker was in a good place to see the implosion from the bench and perhaps there are some that thought he should be on the court trying to help out the team and try to right some of the wrong things he was seeing.

“For me I’m trying my best to provide whatever I can. There’s been a lot of games where I haven’t played a lot of minutes so I try to help someone else where I see fit. It’s a position I haven’t been in since 1999, my junior year in high school.”

“Earlier in the year it was a situation that was hard for me to grasp but I’m okay with it now. One thing I know is that I can bring value in other areas as opposed to just playing and I’m trying to do that to the best of my ability.”

This Friday as mentioned it’s another tough one against Leicester but Lasker feels there’s no easy games these days in the BBL.

“You look at the schedule and think the only game that might be a ‘gimme’ is Glasgow and they came here and played hard and it was only in the last few minutes we put them away. They showed there aren’t any ‘gimme’s’ in the BBL.”

“You have to bring it every night, you’ve got to be locked in and you’ve got to be focused. Leicester is a big test for us and it’ll show us what type of a team we are. After the worst low we’ve had all season we have to turn around and face Leicester.”

“So, what are we really about and that’s what we’re going to see on Friday. If we want to win the play-offs we’re going to have to go through this team so there’s not a better time to play this game and bounce back and we’re really looking forward to it.”

Friday’s game will be live from the Vertu Motors Arena on Sky Sports Action from 7pm with tip-off at 7:30pm.