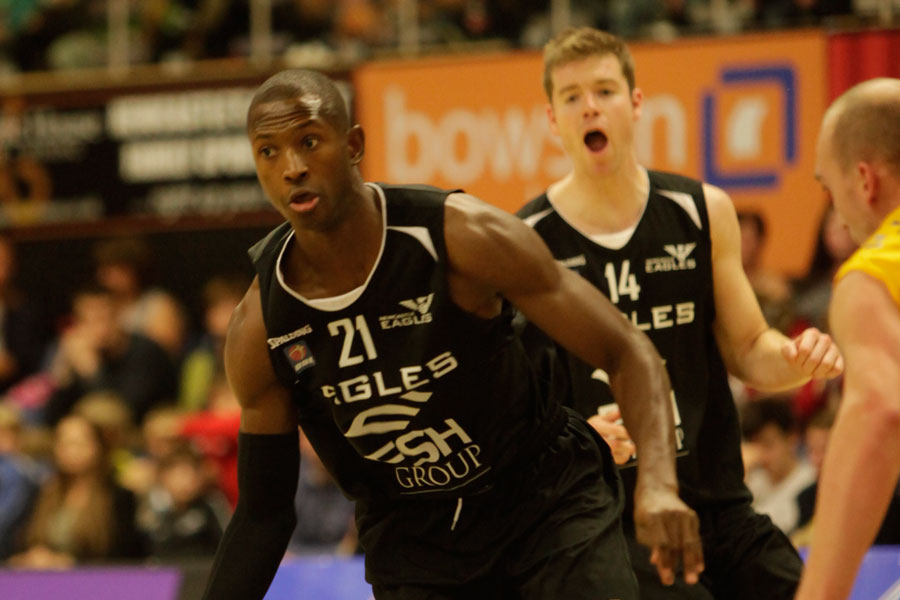 In what looks to be the game of the weekend on paper in the BBL Championship, unbeaten Worcester head to the north-east looking to extend their winning streak at Sport Central.

And, Fab Flournoy is anticipating a big challenge as he gears up his Eagles players against the league leaders.

“They will be well coached by Paul James and I don’t really see any weaknesses in their line up,” confirmed the player-coach. Worcester clearly have two stand-out guards, a big guy in (Will) Creekmore who is playing phenomenally well and a number of excellent role players who have really stepped up.”

Drew Lasker concurred with his coach and knows it will be difficult to stop the Wolves in their tracks.

“They have won some tight games early along with beating Riders, something which I think has really boosted their confidence” said the guard. But, we haven’t treated this game any different from any other fixture so far this season.

“We are getting better every game and we are slowly beginning to think as a unit and we will all be on the same page defensively. It’s cliche but we are really taking it game by game,” added Lasker.

“There isn’t more focus on this game, because we are focused on every game and every match that comes up.”

Lasker and the Eagles have only lost once so far this season, losing on the road at his former club, Plymouth University Raiders. The Eagles are unbeaten at Sport Central, destroying the Glasgow Rocks last week.

There is also a monumental battle in the paint to relish, with Darius Defoe and Will Creekmore going up against each other. Both players have snapped up three spots each in the BBL Team of the Week during the first four weeks of the season.