Newcastle Eagles/News/BBL/Kyle Is Clutch For Eagles 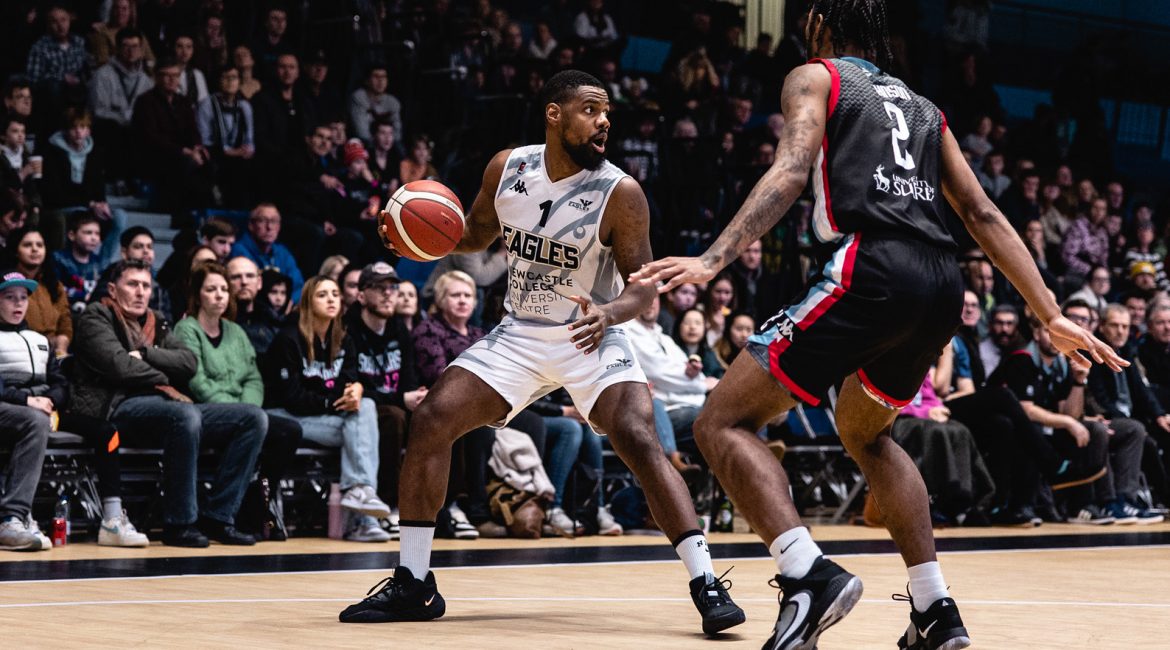 Kyle ‘Clutch’ Johnson boasts the all-round game to transform Newcastle’s season and emerge as the breakout star of the BBL.

That’s the verdict of Eagles playcaller Marc Steutel after the GB international signed off for Christmas in sensational style.

And it’s Johnson’s instinctive ability to do the business down the stretch that’s caught the eye of team-mates and rivals alike.

Dame Allan’s Shoots For The Stars with Eagles Partnership
December 19, 2022

“He can do that with the ball in his hands and without the ball.

“He’s got a great nose for offensive rebounding from the guard position and he’s the ultimate pro.

“He’s somebody who I just know will go to war for us every game.

“I love his professionalism and his approach and it’s for the likes of Kyle that I want us to keep winning games.”

Johnson was pivotal to the Eagles snapping a six-game losing streak at the Scorchers last weekend.

Not for the first time this season the 33-year-old exploded into action late in the game to see Steutel’s side over the line.

And Johnson’s nose for the clutch play proves Newcastle were right to recruit the well-travelled professional at a time when experience counts double.

Despite a storied career with the GB national team — stretching back more than a decade — the Ontarian had never played in the BBL until this season.

But after dividing his time between Canada’s professional league and stints with various Icelandic franchises during the last three years, Johnson was persuaded to play in the UK.

Time spent with Steutel in the GB set-up clearly played a part in what’s proved to be an inspired career move.

And Johnson’s form during the last four weeks has coincided with a gradual upturn in the Eagles’ fortunes — culminating in Sunday’s crucial win at the Surrey Sports Park.

The 6ft 5in star is already ranked ninth in the BBL for two-point shooting with a record of 56.6 per cent from the field.

But Steutel believes there’s much more to come from a player who’s stepped up and stood firm in the face of a tough run of results.

“Kyle’s a guy we can trust to get the job done when it matters most,” added Newcastle’s playcaller.

“You can’t question his commitment to the cause and I have to give him credit for that.”

Johnson was unlucky to miss out on a place in the latest BBL All-Star 5 alongside team-mate David Cohn this week.

But a place on the bench recognised his Herculean fourth quarter effort for the visitors as Newcastle moved four points clear of basement club Surrey.

The Eagles look to claim back-to-back wins for the first time this season when the Gladiators travel to Tyneside on December 28.

Tickets for a hotly anticipated festive fixture at the Vertu Motors Arena are available from the box office now and selling fast!