Kadiri Is An Eagle!

Newcastle Eagles/News/Kadiri Is An Eagle! 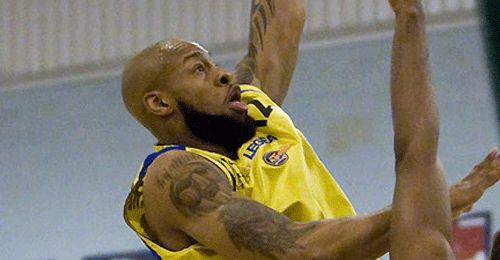 Newcastle Eagles announce their first signing of the 2010-11 season, with the introduction of 6’8” Virginia Union graduate Kadiri Richard. Richard impressed Eagles coaching staff during the 2009-10 season, as he made his BBL debut with Worthing Thunder, averaging 10 points and 8.8 rebounds per game. Eagles fans will remember well two key losses to a Worthing team that threatened to upset the club’s league challenge and will be hoping to see the same passion and energy that Richard showed in those games, albeit this time in the black and white of the league champions.

In his first season in the BBL, Kadiri led league in blocked shots, 4th in league in rebounding and is expected to fit into an Eagles team ethos that has realised 13 trophies over the past six seasons.

Eagles managing director Paul Blake said; ‘We have been impressed with Kadiri’s attitude and energy both on and off the court and feel that he will be a great fit for the team. We having been looking for a big rebounder and shot blocker that can fit straight into Fab’s offensive and defensive philosophy and are looking forward to seeing Kadiri make some big plays at Sports Central this coming season.’

Kadiri has shown a great deal of positivity about his move North; ‘It is truly an honour and privilege to become a part of a organisation rich in tradition and success.’

‘I have made some great friends in Newcastle that have become like family to me over the past few months. I spoke to Coach Fab the other day for an hour about expectations, tradition and the fact that he HATES to lose!! If it is fourteen minutes or forty minutes, I will bring the intensity, energy and effort expected of me.’

‘As the leading BBL shot blocker and one of the top rebounders last season, I have a personal goal to lead the league in both categories.’

The Eagles will be making more player announcements in the near future in the lead in to their season opener on the 19th September away to Glasgow Rocks, followed by the first BBL game at Sports Central against Sheffield Sharks on the 24th September.