Its The Final Countdown ! 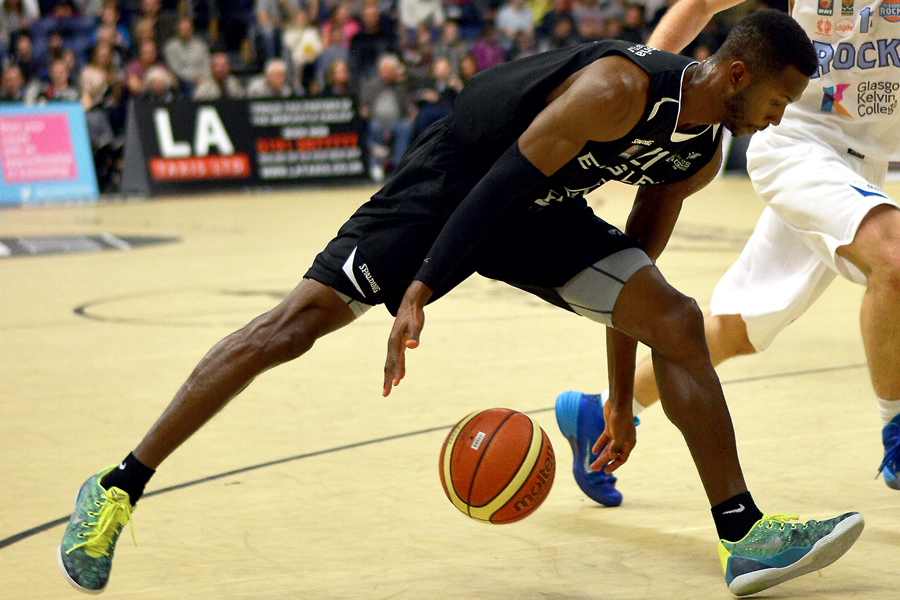 This season’s two-horse race for the BBL Championship reaches its final hurdle this weekend.

Leicester Riders appeared set to canter to a first league title since 2013, having beaten reigning champions Esh Group Eagles Newcastle in both of their BBL Championship meetings.

But a surprise defeat at the hands of Play-Off-chasing Leeds Force last time out has set up a potential title decider.

With Riders holding the season head-to-head tie-breaker, Eagles must beat Rob Paternostro’s men and follow that up with success at Cheshire Phoenix on Sunday.

Riders guard Tyler Bernardini: “For me, I’m really excited. Any time you get another really good team like Newcastle, Sheffield, Worcester, I’m excited to play. It’s fun to go out there and compete with the best, so it’s going to be exciting game against Newcastle.

“I know our fans are really excited about it and we’re going to have an incredible atmosphere. It’s to decide the league, so how can you ask for much more? As a competitor these games are what you want.”

Eagles guard Drew Lasker: “If they win it’s theirs, if we win, we’re one game away. It really is winner takes all. For us, we’ve been in this situation many a time so it’s not a position we don’t want to embrace. It’s basically a Cup Final.

“As a group, we feel confident. We know that we can beat Leicester.

“All four games we have played against Leicester [this season], we just haven’t played well, especially offensively.

“This time around we’re back clicking again as a unit, offensively, where we have got six or seven guys scoring in double figures. Starting at the Cup Final, we just weren’t playing consistently to our standard.

“Last time we played Leicester we had a 10-point lead, but it could have easily been 20, 25 but we just couldn’t make any shots and they ended up punishing us.

“I would say we almost play a little better on the road. It’s everybody against you, you’re a little more focused, there are no distractions. We’ve played pretty well on the road all season, apart from the Worcester game. But this is one game, anything can happen.”

Cheshire Phoenix v Esh Group Eagles Newcastle
Where and when:
Cheshire Oaks Arena, 5.30pm Sunday 17 April
Summary:
Cheshire Phoenix and Esh Group Eagles Newcastle meet for the sixth time this season on Sunday, with this one possibly the most important for both teams.
Eagles visit Leicester Riders on Friday, knowing they must win their final two games to retain the BBL Championship title.
Phoenix, meanwhile, go into the weekend still needing to make sure of their place in the BBL Play-Offs, although their destiny is in their own hands with a trip to Worcester Wolves on Friday, ahead of this one.
Last time they met:
Cheshire Phoenix 87 Esh Group Eagles 97 (BBL Trophy Quarter-Finals, Cheshire Oaks Arena, 24 January 2016)
Form:
Phoenix: LLWWLW
Eagles: WLWWWW
Three Points:
What they say:
Phoenix coach John Lavery: “It’s going to be a funny weekend for those guys. They are either going to come to our place after losing the title on Friday night or ready to take the title. There are two different games you have got to look at.
“We are just going to focus on what we have to do. If we pick up one win out of the two, then we make the Play-Offs. If things don’t go to plan on Friday night [against Worcester] then we are going to put everything on the line on Sunday.
“Eagles usually have one or a couple of high-scoring quarters and that’s just down to them being unselfish, their teamwork on the offensive end, getting guys open looks and getting guys the right look at the right time.
“We can’t really focus on any individual. On any given night any one of those guys can put 20 on you, so we just have to take care of what we need to do.
“There’s a lot on the line for both teams so anything can happen on the night.”
Eagles guard Drew Lasker: “They have a really short rotation so you think you are going to wear them out, but those five or six guys just play hard for 40 minutes.
“When you don’t have as much depth, it’s kind of easier offensively because you know if you’re shooting badly you are not going to get subbed out and that gives you a lot more freedom.
“They are going to be fighting for Play-Off positioning and gearing up for the Play-Offs. It’s going to be a lot to play for.”
Share