Newcastle Eagles/News/It’s The Big One ! 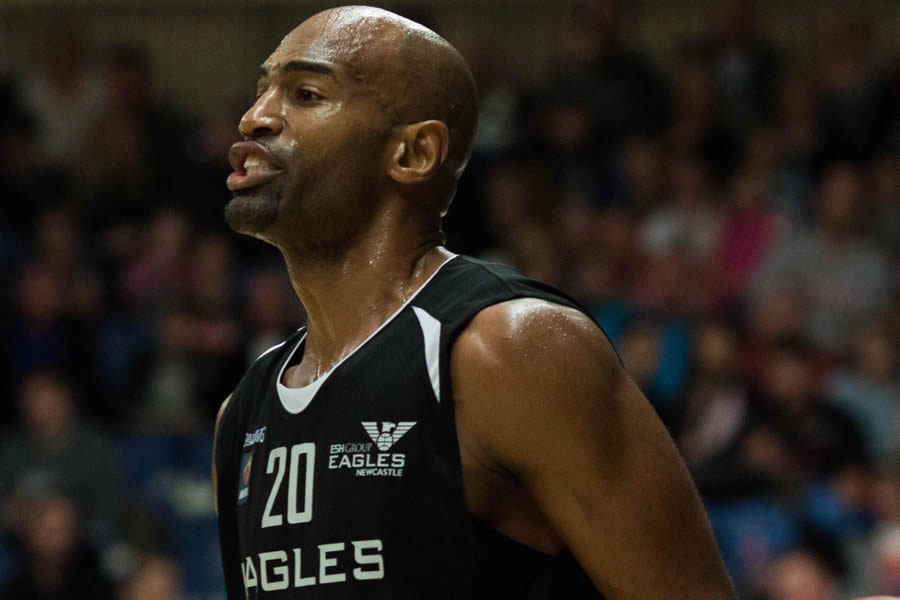 The latest chapter will be added to the tale of Esh Group Eagles Newcastle and Leicester Riders’ rivalry on Friday.

Less than a month after the teams squared off in the BBL Trophy Final, they meet again, with the winner set to take a big step towards the BBL Championship title.

Both teams have lost just two league games all season, and although Riders sit 10 points behind the reigning champions, they have five games in hand in which to make up the deficit.

The teams meet again in the final weekend of the regular season, but a win on Friday would mean Riders claim the season series head-to-head tie-breaker, having triumphed in their previous league game back in January.

* Riders have won 14 away games in a row, tied for the second-longest away winning streak in BBL history
* These teams have met in seven BBL finals in the last four years
* Drew Lasker did not take part in either of Eagles’ two games last weekend

Riders guard Tyler Bernardini: “We all play basketball to be in these games. To be in the games that decide the league, to be in championship games for trophies and have fun. Sometimes people try to avoid it, but I like to try and embrace that.

“I think that is what our group likes about being good, is that we get to play in the games that are important, that mean a lot, when the stakes our high. That’s what our group thrives on.

“It’s two teams that are going to be familiar, and that always makes things fun. When everybody knows each other, it just comes to down to players making plays and that is really fun basketball and because we have faced Newcastle so much, it’s going to have that kind of feel that a series has.”

Eagles player-coach Fab Flournoy: “It’s that time of year when everyone has niggles and it’s just about managing our schedule. We will have to see what the physios say when we get back at it this week.

“There will always be some minor adjustments to make but I am sure both teams will be more concentrated on themselves than the opposition at this point in the season. Both teams are pretty deep in every area so we are really just focusing on ourselves.”