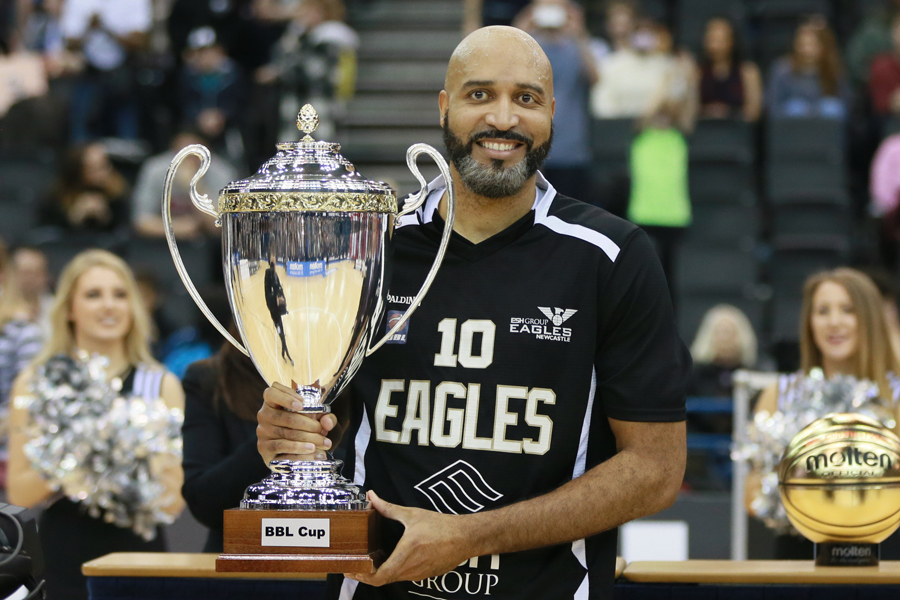 The upper hand in the BBL Championship title race is up for grabs when Esh Group Eagles Newcastle host Leicester Riders on Friday.

Eagles came from behind to beat Riders in the BBL Cup Final less than two weeks ago, but slipped to their first loss of the season against Worcester Wolves last weekend before beating Cheshire Phoenix in the BBL Trophy.

Riders, meanwhile, held off Plymouth Raiders last time out to ensure both teams go into this clash having lost just one league game all season.

Rob Paternostro’s side sit 10 points behind the reigning champions, but have played five games fewer.

* Eagles have won five of the last six meetings between these teams
* Drew Lasker could make his 300th BBL Championship appearance in this game
* Riders give up the fewest points-per-game in the BBL, 65.07, while Eagles score the most, 94.47

Eagles guard/forward Charles Smith: “It was great to get back to winning ways [against Cheshire]. It was a great game to have so soon after a loss because we had to be really focused and be prepared with it being a Trophy game and if you lose you would be out of the competition.

“It showed we have to be ready for every team’s best. We need to get back in transition better, especially off our made baskets, plus we need to make a more assertive effort to rebound on both ends of the floor.

“It was a great game the last time we played and I don’t expect this one to be any different. We are going to have to cut out some of their easy baskets and get out and run more ourselves.”

Riders guard Tyler Bernardini: “We were all bummed that we weren’t the first team to beat Newcastle, but we aren’t going to be too upset that they lost to Worcester either.

“We were up for 35 minute of that game [Cup Final against Newcastle] and only trailed for a couple of minutes. They made adjustments, we made adjustments and now we can look at it and say, ‘when they play that hand, how can we better adjust?’ League-wide too, they looked invincible all year, no team was up on them as much as we were, so when we played them I think we showed the rest of the league that, yeah these guys are really good, but they can bleed too.

“Worcester did a great job with their gameplan, in their own way, and we are going to look at that game a lot and what they did.

“We don’t look at the win column, in America, so when I look at it, I don’t even pay attention to the loss column and when you do that, everything is tied up. In our eyes, the winner of Friday’s game is going to be in first place in the league, whoever has the fewest losses.

“We can put ourselves in the driver’s seat where we control our own future, we don’t need anyone else to do anything for us, and that is ideally what you want in a race for the league.”