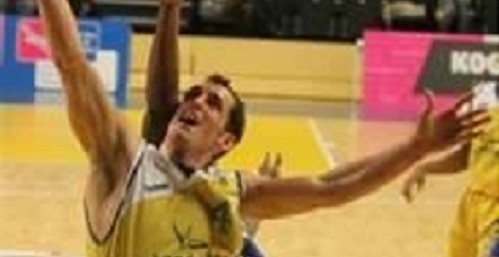 The Newcastle Eagles are delighted to announce the signing of point guard Damon Huffman. The 6’2 American who hails from Michigan joins the Eagles having spent last season playing in the Dutch League.

Huffman played his college basketball at the prestigious Brown University, part of the academically elite Ivy League. He set a number of records at college including making the most three pointers in the history of the university with 232 over a four year period.

Following university he spent 3 years playing at Okapi Aalst in the Belgian first division and also gained Euro Challenge experience. Last season he moved to Landstede Zwolle in Holland where he led his team with averages of just under 12 points and 4 assist per game whilst shooting 42% from the three point line.

He came to Eagles attention in the Basketball Days tournament in Zwolle last Christmas when he led his team to the championship including a win against the Eagles and also won the tournament MVP award.

Fab Flournoy was delighted to persuade Huffman to come to Newcastle.

“It’s no secret that I played more minutes at the point guard spot last year than I really wanted to. In Damon I hope we have signed a savvy floor general who can run our team whilst also getting his own offence when we need him to”.

Eagles managing director was also very pleased to be bringing Huffman to the club.

“Both Dave and Fab viewed Damon as a great option for us at some point in the future, following the Holland tournament. We are very pleased to announce that we have been able to come to an agreement. I spoke with GB coach Chris Finch about Damon last week and got some very positive feedback. I would like to also wish Paul Gause the best of luck in his move to Slovakia, Paul was instrumental in our success last season. We are now working hard to find a replacement in the forward spot for Andy Thomson”.