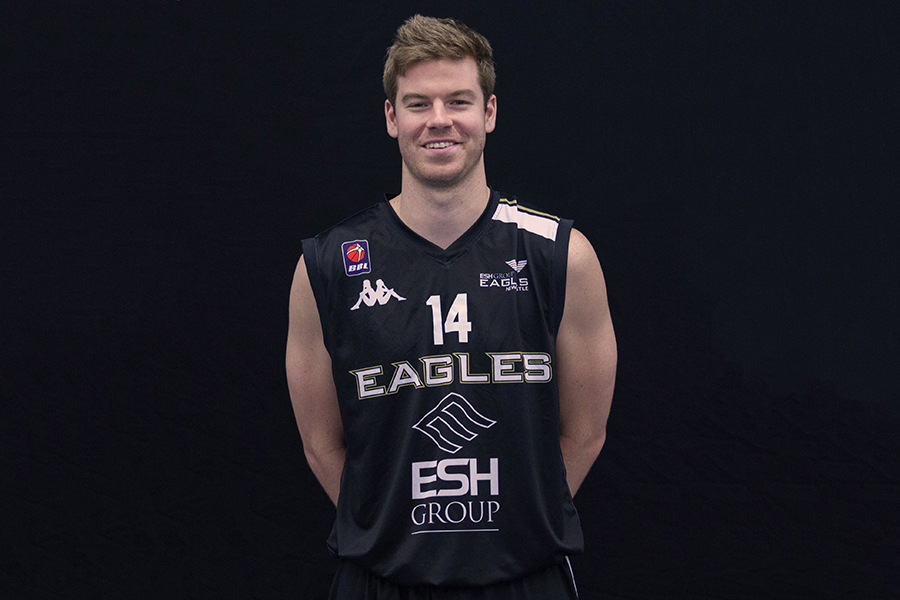 Jeff King
BBL Championship
Esh Group Eagles Newcastle 108 (28,60,84) (Martin 41, Fletcher 19, Jackman/Parks 16)
Bristol Flyers 94 (25,46,76) (Cosby 28, Boggs 21, Ali 16)
Scott Martin turned in one of the performances of the season as Esh Group Eagles Newcastle beat Bristol Flyers 108-94 to maintain the pressure at the top of the BBL Championship table.
Martin scored 41 points, hitting nine three-pointers on 81% shooting, while snatching 11 rebounds and dishing five assists to all-but guarantee himself a spot in BBL Team of the Week. He was supported by 19 points and 9 assists from Rahmon Fletcher, as Eagles maintained a record of having won all 11 BBL meetings with Bristol, all by double-figures, with this the fifth time they’ve been through the century.

But the teams entered this game on similar form, and Flyers showed that early on as they raced into a 9-0 lead on Hassan Ali’s three-pointer. But that was as good as it would get, before Martin came alight. He and Fletcher connected from long-range as the Eagles tied at nine, and they were in front at 28-25 by the end of the first period – Martin hitting an astounding six triples in the opening ten minutes.
He then scored five in a row to get the Eagles further ahead in the second stanza, and it was double-digits when he added five more in a run of ten unanswered, for 60-46 on the approach to half time. Martin had already scored eight of his three-pointers by that stage.
And Eagles were never really threatened thereafter, despite Flyers initially narrowing the gap as Brandon Boggs scored 11 third quarter points, before they got as close as 86-81 on Greg Streete’s three-pointer in the fourth quarter.

But Deondre Parks and Orlan Jackman, with back-to-back triples, settled the game and pushed the lead back out to 98-86, and it went through the century when Fletcher scored consecutively soon after.
Share