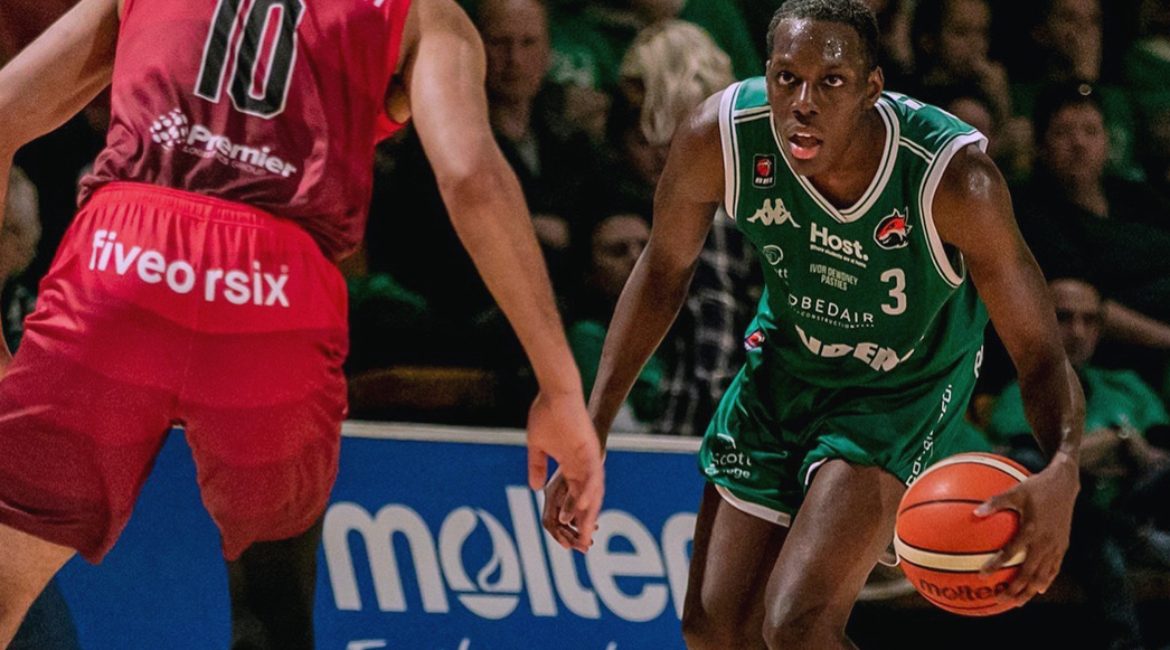 When the Royals pulled out of the BBL, Scott made the switch to Plymouth where he continued the impressive numbers putting up 19.5 points, 7.3 rebounds and 3.3 assists a game.

“From the start I was very excited to sign with the Eagles because I was truly ready to get back on the court and play the game I love,” said Scott.

Newcastle new 6’4” recruit hasn’t played professionally since leaving Plymouth in 2020 when the COVID pandemic broke, but is raring and ready to get back on court for his new team.

“Because of covid there was less jobs less opportunities so unfortunately I had to sit out, I couldn’t find the right fit, but I think now I have”, the guard added.

“The opportunity came from just talks with my agent, Newcastle expressed interest in me and we went from there.

“Newcastle is always In the running for championships so I am very excited to join and help try to achieve that honourable goal.”

“From playing in the BBL in the past I know it’s a league where anybody can win on any night so in order to win consistently you have to stay locked and in do what you have to do to prepare yourselves to win games every.

“I hope to bring my competitive spirit, my will to win, leadership, my work ethic, and my versatility and do whatever the team needs me to.

“To the fans I would like to say I can’t wait to showcase my talent to you all and hopefully bring you guys some trophies and great moments this upcoming season.”

Scott who turns 25 years old on the 5th of August had a stellar four-year college career at NCAA Division 1 Niagara University before making his professional bow with NINERS Chemnitz in Germany’s Pro-A division.

Coach MacLeod said: “After talking to Cortez (Edwards) early in the summer, I knew that he wanted to move on and explore other markets.

“He is a talented player and a great person and he goes with my blessing.

“I also knew it was vital we bring in a talented player and good character to fill that spot and that is exactly what I think we have done in bringing in Matt.

“Matt is a proven performer and proven scorer in the BBL. His transition scoring, ability to play in the Pick ‘n’ Roll and perimeter shooting will all be great assets.

“He will give us great size at the position and I also think he will fit in well with the group.

“Talking with his former teammates and people he has worked with they had nothing but good things to say about him. The right person is just as important as the right player for me.”

See Scott’s return to the BBL with a Newcastle Eagles 2021-22 season ticket from our box office.