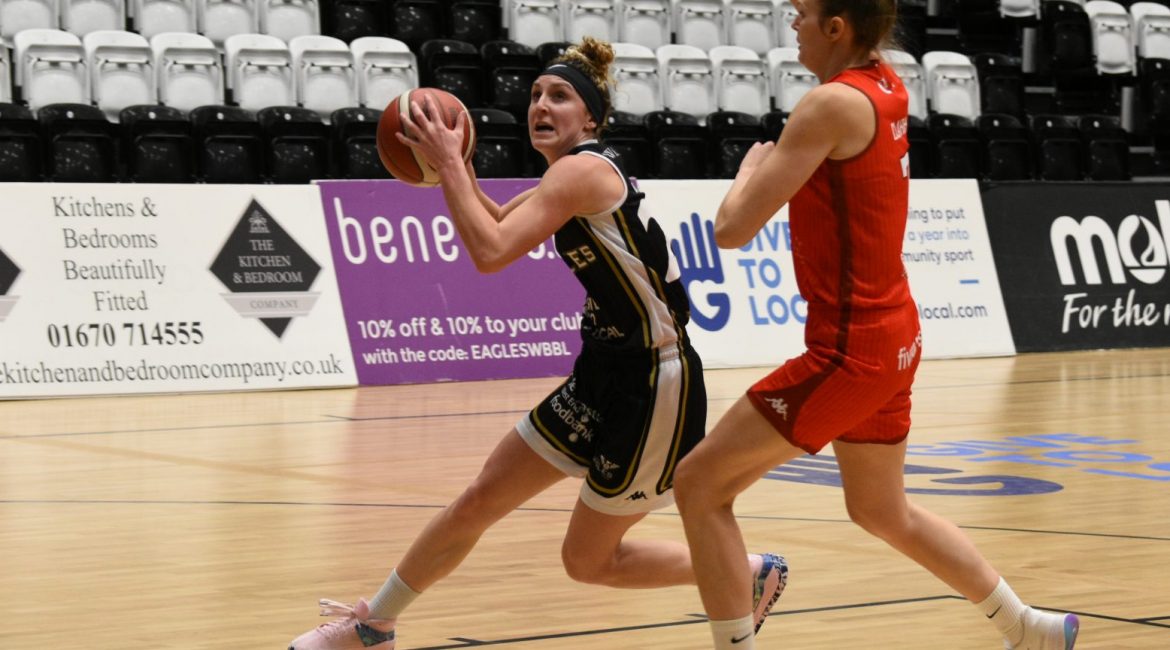 Eagles WBBL player Alison Gorrell has scooped the Molten Player of the Month award for January.

Gorrell averaged a double-double throughout the month, leading all scorers, while also breaking the WBBL Championship single game points record.

The 40 point haul came in an agonising 90-82 defeat at Essex Rebels.

That included 15 first quarter points as our Eagles established their lead, before succumbing to a late surge by the Rebels.

The American guard drew 12 fouls in the game, attempting 19 free-throws.

Elsewhere on the leader boards Gorrell stands atop in total field goals made, total free-throws made, and has proven hard for everyone to handle as the second most fouled player.