Goodness That Was Close 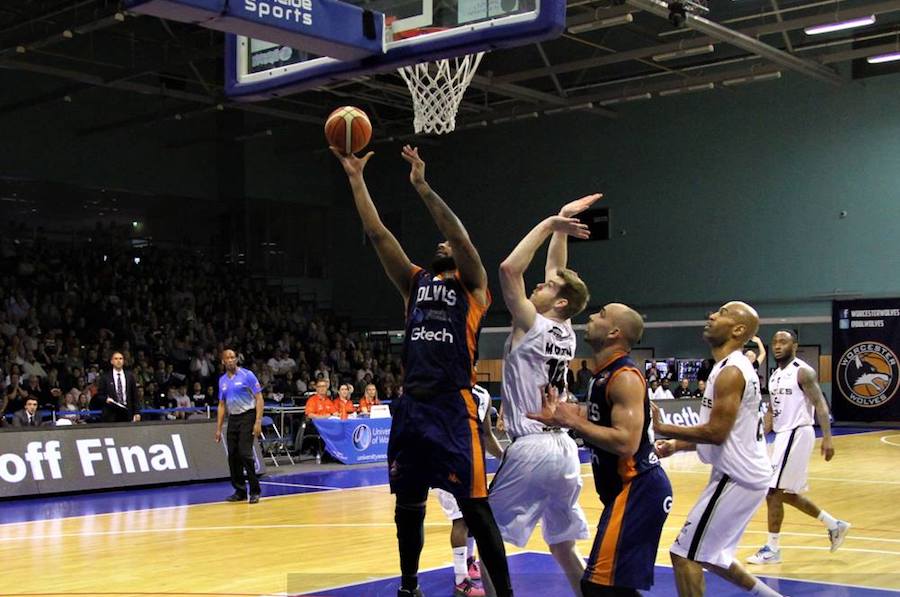 Esh Group Eagles Newcastle came through a thrilling encounter as they advanced to the BBL Play-Off Final with a dramatic 199-197 aggregate victory.

Worcester Wolves trailed by 19 heading into the second leg clash, but a 103-84 lead in regulation saw overtime ensue before the Eagles prevailed.

Rahmon Fletcher kept his nerve to sink a pair of free throws to finish with 28 points and the win with Scott Martin also adding 28 points.

The two teams put up 63 points in a high-scoring opening period to set the tone before the Wolves went on a 16-2 run to raise hopes of what seemed an improbable comeback.

Eagles cut the gap down to nine at the half, but momentum was with the Wolves and late triples from Jermel Kennedy and Ashton Khan put their side up 14 ahead of the final period.

Worcester went on an 11-0 run spanning four minutes to surge ahead on aggregate, up 99-74 on the night before another twist as Newcastle forced an extra period with a 6-0 close.

Eagles scored the opening five points in overtime, but the drama continued with the tie level on aggregate before Fletcher stepped up to knock down two decisive free throws.

Heartbreak for Wolves, who were led by Maurice Walker’s 26 points and 17 rebounds as they fell short in a classic Play-Offs tie.