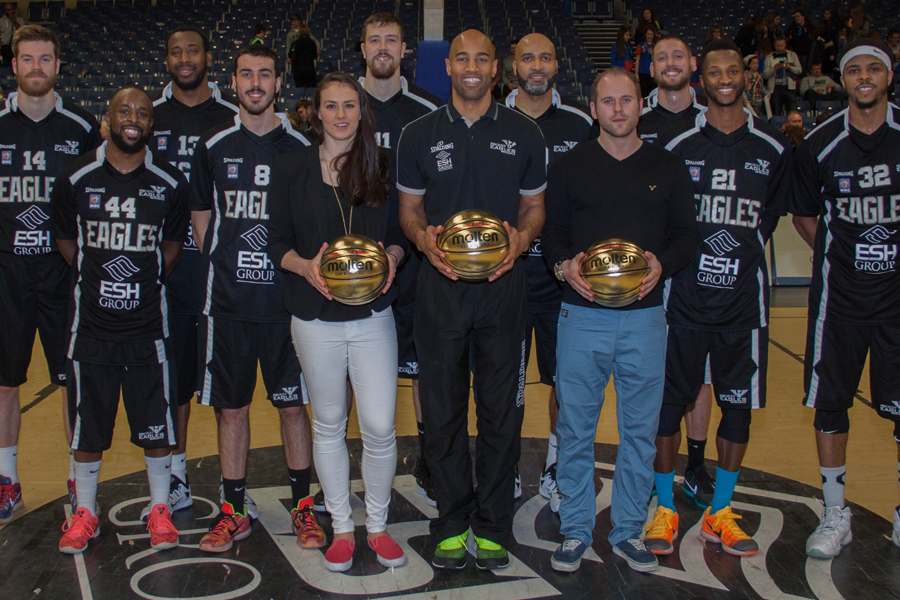 The Esh Group Eagles and Eagles Community Foundation in conjunction with their basketball partners Team Northumbria are currently having one of their most successful seasons to date.

The Eagles are 14-0 in The BBL and lead the table and have also qualified for The BBL Cup Final to be played against Leicester Riders on Sunday 17th January 2016 at The BarclayCard Arena, Birmingham.

In addition Head Coach Fab Flournoy has also scooped both the October and November BBL Coach of the Month Awards.

The November award was one of three that came the basketball partnerships way with Team Northumbria Women’s current domination of the WBBL richly rewarded and acknowledged. Head Coach Chris Bunten was named as the league’s first Coach of the Month winner and star forward Fiona O’Dwyer took the honours as Player of the Month.

Awards that were achieved thanks to Northumbria’s 6 – 0 unbeaten start to the WBBL campaign and also their qualification for the WBBL Trophy Semi-Final to be played against Barking Abbey Crusaders on Sunday 20th December in Barking Abbey.

All three were presented with their golden Molten Basketball awards at the conclusion of The Eagles successful BBL Cup Semi-Final Tie against Cheshire Phoenix last Friday night.

Team Northumbria Women also lead their University BUCS Competition which is a further legacy of the Basketball Partnership with a current record of 8 – 0 to make then 14 unbeaten in all games this season.

Team Northumbria Men are not far behind them either in Basketball England Division 1, where their 7 – 3 record is good enough for a top four placing. Two time BE Coach of the Year Marc Steutel’s team, led in part by Lewis Champion, are a young British side with plenty of energy and ambition. The team are all under 25, with the notable exception of Siman Stewart, an ex-Bristol Flyer back in the TN fold this year.