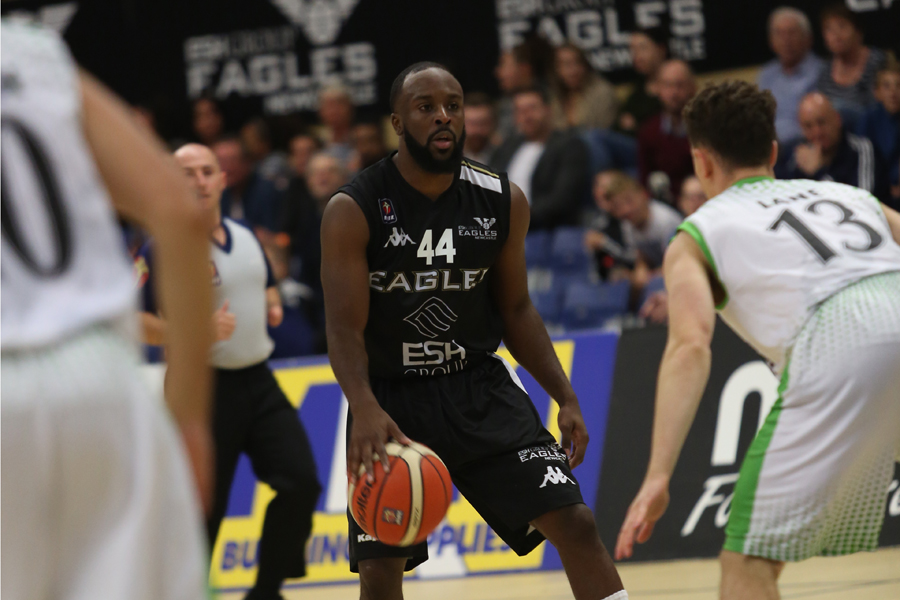 Paul Blake
BBL Championship
Esh Group Eagles Newcastle 102 (37,61,85) (Parks 19, Martin 18, Lasker 17)
Manchester Giants 55 (10,28,43) (Jones/Traianos 13, Goffen 6)
Esh Group Eagles Newcastle made it 14 straight victories against Manchester Giants after recording an emphatic 102-55 win at Sport Central, on Friday night.
Fab Flournoy’s side did the damage early on with a 16-0 start to the game, and they never looked back en route to a dominant 47-point win – short of their previous 52-point success over the Giants back in 2013.

All nine players got onto the scoresheet with Deondre Parks top scoring with 19 points as Newcastle make it a 2-0 start to the season.
The home side netted their first five attempts from downtown in a strong start with Parks putting up 16 points on a perfect 6-of-6 shooting to help his side build a commanding 27-point advantage.
Newcastle extended their lead in the second and were shooting 70% from the field going into the interval with a 33-point cushion. They continued in the same vein when play resumed with a 14-2 opening to the third increasing the lead beyond 40 points.

Anastasios Traianos netted Giants’ first triple and he would finish with 13 points along with Callum Jones as their side dropped their second game in a row.
Darius Defoe brought up the century for the hosts in the final minutes as they secured a convincing win to take plenty of confidence into Sunday’s clash away at Glasgow Rocks.
Share