Gettys Getting On Court

Newcastle Eagles/News/BBL/Gettys Getting On Court 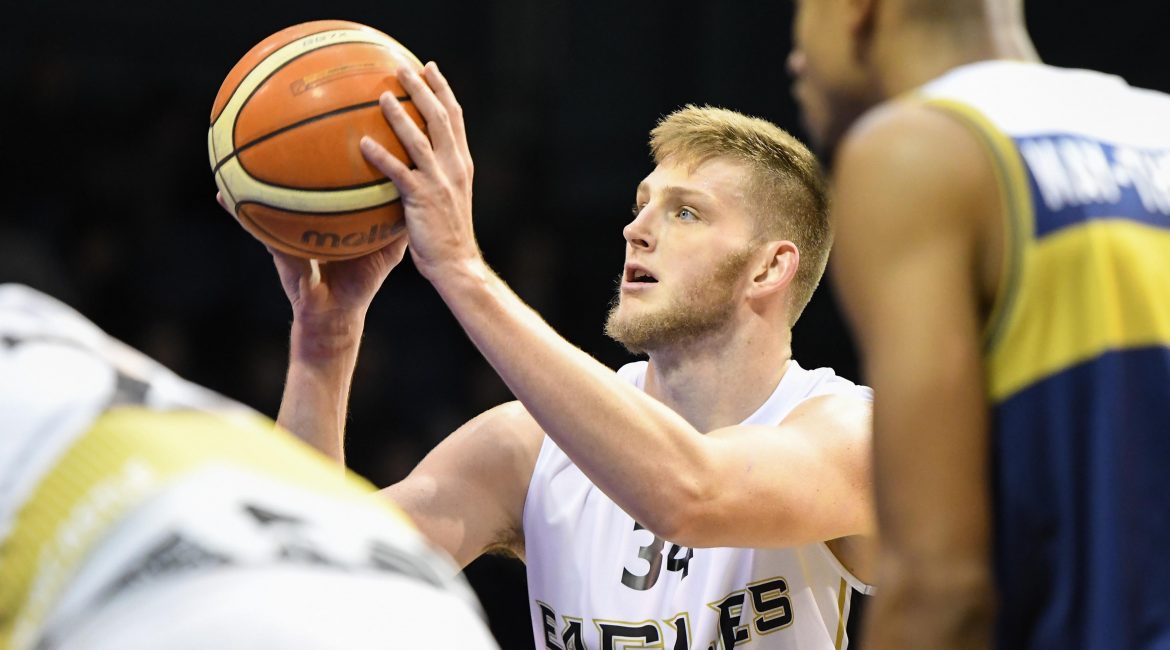 The Newcastle Eagles may have crashed out of the BBL Cup last weekend at Worcester in their quarter final tie but there was still one big positive to take from the game as they prepare to open their BBL Championship campaign this weekend.

That came in the form of the performance from their newest recruit, 7’0” centre C.J. Gettys who had 18 points and 6 rebounds on his debut in the 90 – 86 loss and looked smooth on court. However, he admitted Friday’s game was a bittersweet experience.

“Getting out there with my team mates was a great feeling but we didn’t get the result we wanted. It would have been nice to continue on in the cup. But the good thing about playing in The BBL is that you have three more chances to win silverware so we’ve got to put it behind us and move forward.”

“I was decently pleased with the way I played. Having come off the plane on Tuesday and then taking a long bus ride down to Worcester, based on that performance I can only look forward and get better.”

C.J. says he’s still a little “fuzzy” after his travelling schedule and being thrown straight into a game but he’s liking what he sees of Newcastle as a place and a Club so far.

“My apartment is really nice and it’s great to have the Eagles Arena at our disposal. We can go in anytime and get shots up when we want too outside of game days.”

“Myself, I’ve just been living in the gym continuing to work on my body and being in the best shape and maintenance for my body so I can continue to play at a high level and the club definitely takes care of the players here.”

That preparation and getting settled is key not just for Gettys but the whole squad as they prepare for the long trip down to Plymouth to open the Championship season. Gettys is aware of how hard an opener that is.

“Plymouth is tough. One because the travel is so long for just about anyone in the league but two, Coach Paul James always has his team up to play. Last time I played against them last year he didn’t quite have the roster he does now and they still gave us quite a game.”

“He knows what he’s doing. The Pavilions is always a fun place to play. Their fans are always behind them with lots of noise and they’re almost sat on top of you. We’ve just got to go down their ready to play hard, play together and fight for a win.”

One of the key battles in Sunday’s game could be Gettys’ match-up against Raiders big man, Rashad Hassan, in the front court. Hassan, like Gettys, is an experienced campaigner in the BBL and knows where the bucket is.

“I’ve played against Rashad a couple of times. He has great fundamentals. He’s been in the league many years with multiple teams and he really knows how to play the game. His IQ is very high and he’s a good player that has led the league in scoring before.”

“He’ll be a handful but nothing we can’t control as a team and that goes for any position on their team. It’s not a one-on-one battle it’s a team battle. So, if we get stops as a team, we have a great chance of winning down there.”

C.J. Gettys sounds as smart off the court as he plays on it and will be an important part of an Eagles side that goes to Plymouth on Sunday for a 4:00pm tip-off that can be watched live on the BBL YouTube Channel.