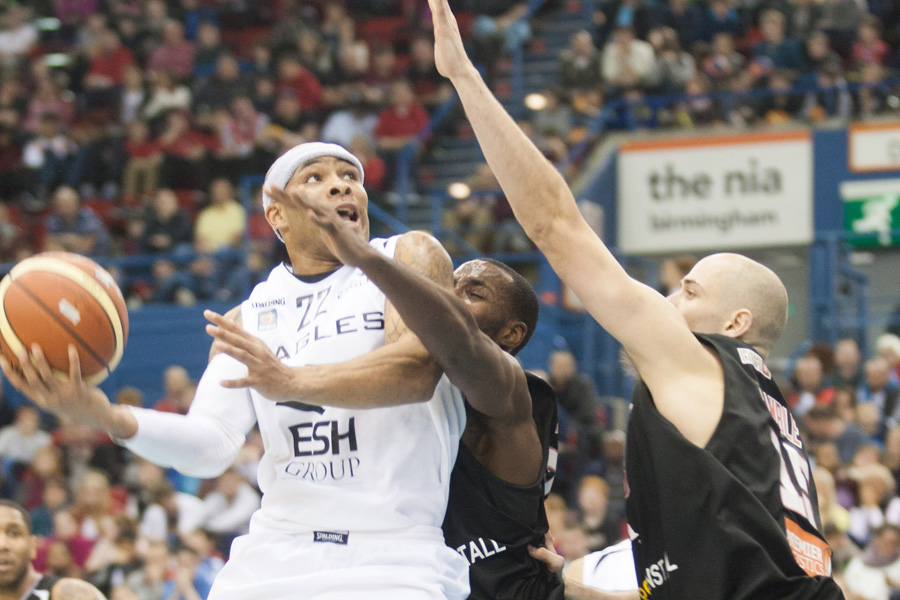 If the BBL had a ‘Sixth Man’ award, then one of the leading contenders to win it this season would be Paul Gause of the BBL Championship-winning Esh Group Eagles Newcastle.

Now in his second spell with the Tyneside club, Gause was a part of the all-conquering side of 2011-12 that swept the honours. After a year playing away, Gause returned to Newcastle this season, a place he calls his “home from home”.

“I have great team-mates and you can’t be happier playing here with how they treat you and the love and support you get,” said the American point-guard.

Gause’s role this season has been as an impact player coming in off the bench and having an immediate effect on the game, which is what the sixth man is all about. It’s a role that Gause has flourished in this season; making a contribution as soon as he sets foot on the floor.

“You can take it negatively or you can take it positively,” said Gause. “I like to see how the flow of the game is and how I can change and affect the game in a positive way, both offensively and defensively.

“I think that’s both an advantage for me being that I come in off the bench with a lot of energy and can bring something different, as I think my skillset is different to a lot of the players.”

While he was a quadruple winner in his first stint in Newcastle, Gause says he is enjoying this time around just as much due to how competitive the league has been all season.

“I think the BBL’s been great this year and I think it’s better than my first year here,” he said.

“Usually in the league it’s one or two teams running away with it but the league was tighter this year and it’s getting tighter, which is good and a step in the right direction.”

Gause believes that one of Newcastle’s strengths that helped them win the Championship is that they have a lot of game-winners on the roster, making it difficult for teams to stop them.

“On any given night we could have a different scorer and so it’s hard to game-plan for us,” he explained.

“Charles Smith, Scott Martin, me, we all average around the same amount of points and that’s why I think our team is so good.”

With the playoffs on the horizon, Gause is excited for what lies ahead and aims to finish the season on a high.

“The playoffs are arguably the most fun for me because it’s all or nothing so, I’m just looking to playing some basketball.