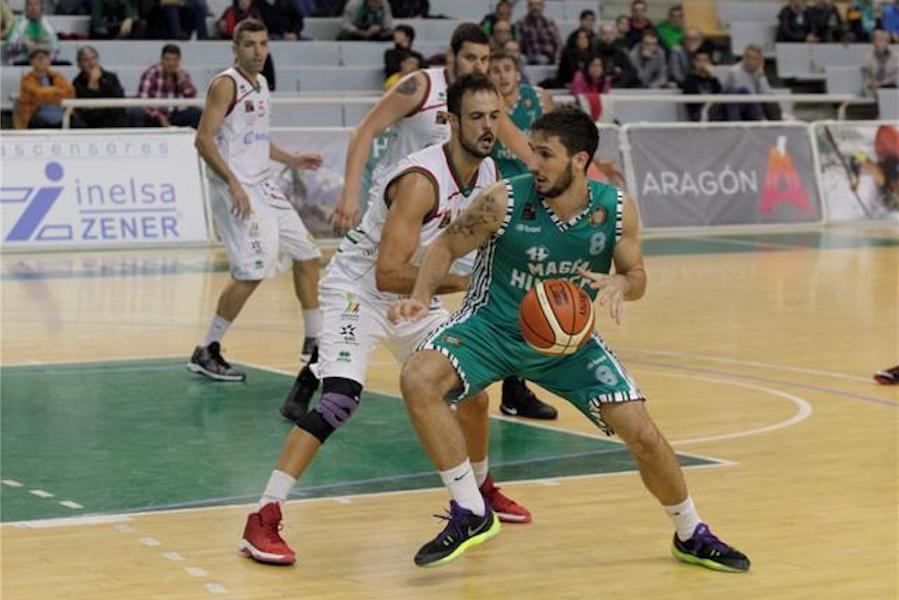 Esh Group Eagles Newcastle have gone east to land their third confirmed signing of the summer writes Jeff King. Jure Gunjina is a 6’ 8” Croatian forward that has gone from his native Croatia to the USA and via Spain to get to Newcastle.

Fluent in English he played in his home country until 2013 when he went to the States and finished his college career at NCAA Division 2 school Georgia South Western in 2015/16 averaging 14 points, 6.4 rebounds and 3 assists a game.

Last season was his first as a professional and he started in Spain’s LEB-Gold Division with Huesca before moving to LEB-silver side Alcazar for whom he averaged 10.5 points and 4.9 rebounds a game.

The left-hander who is a real inside-out player is adept both close to the basket as well as from mid-range and beyond showing a good scoring touch, athletic ability up and down the floor and a strong defensive attitude.

Jure who turns 25-year-old this coming Sunday is looking forward to continuing his professional career in England and has done his homework.

“I’m very excited for the opportunity and hopefully we will continue the success of the club together. I wasn’t surprised to receive an offer from England since I know some of the players that played at this level.”

“So, I’d heard a lot about the league, the system, fan base and I’m looking forward to the upcoming season. I played in Spain last seen so it should help since I’ve already gained a lot of experience in many different places. This will be a new type of basketball but I will get I used to it very soon.”

“I know Newcastle is a city of around 300,000 of population, football is the number 1 sport and the Newcastle United will be playing Premier league this upcoming season. Also, Alan Shearer was one of my favourite strikers while he was playing.”

“I consider myself an all-around player that can do a little bit of everything covering the positions 3 and 4 on the court. I will do my best to present the team in the best possible way both on and off the court.”

Head Coach Fab Flournoy is certainly pleased to have the new addition to his roster.

“Jure is coming off a solid season in Spain and also has experience of the American college system. He is a long wing player who is capable of both shooting the ball from deep and attacking off the dribble as well.”

Gunjina will arrive in Newcastle shortly in readiness to prepare for the 2017/18 with his new team-mates. Eagles fans should get their first sighting of the Croatian early in September when a soon to be announced pre-season schedule will be released.

Eagles fans can still obtain season tickets to see what will be a very exciting new line-up by contacting the Eagles Office on 0191 2453880.