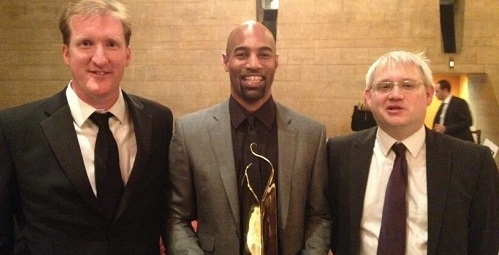 Fabulous’ latest award was in recognition of the Eagle’s success last season in the British Basketball League, securing an impressive array of trophies to their name.

The Newcastle Eagles player-coach’s acceptance speeches have become a regular occurrence at the event, having received numerous awards on behalf of himself and his extremely successful basketball club over the years. Flournoy previously won the award in 2009 and attained the Stan Calvert Award for coaching in 2005.