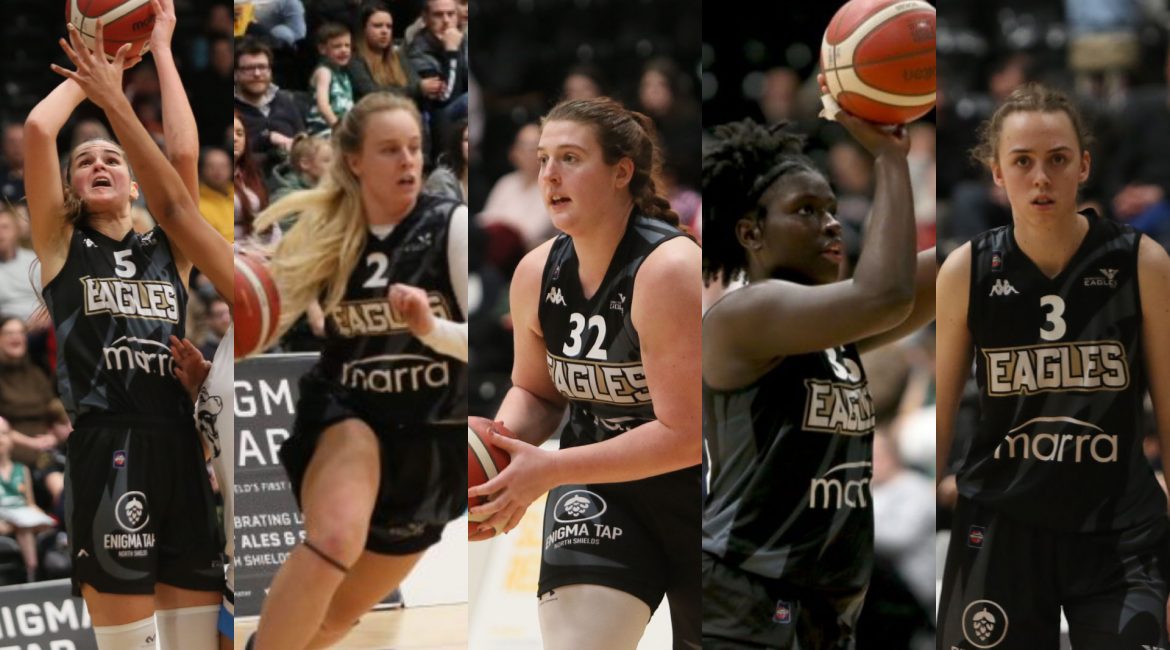 Although there were only two games in the WBBL Championship last weekend, there was still plenty of room for standout performances and this week’s All-Star Five sees a trio of Newcastle Eagles in starting spots with two more on the bench

Marina Fernandez was on fire against the Wolves with an incredible performance all over the court.

Fernandez posted 22 points, seven rebounds, four assists and four steals against the Oaklands Wolves, who had been looking in resurgent form in recent weeks.

Helping our women’s team to their second win of the season and just outside the play-off positions, Captain Fernandez impressed with her leadership of the team as much as she did statistically, and the team will be looking to build some momentum as they face the Manchester Met Mystics away on Saturday 3 December.

Joining Marina in the All-Star Five is Maggie Justinak who, still in the early days of her Eagles career, has shone for the Vertu Motors Arena outfit once again this past weekend as she posted a near-triple-double of 18 points, nine rebounds and nine assists in an all-action 35 minutes of court time.

Justinak trailed her teammate, Fernandez, in index for the game, but led the team in plus-minus and is certain to be a key figure for our Eagles as they look to fight their way into the play-off picture as the season progresses.

Finally for the starters it’s Katie Nolan who is currently averaging almost 17 points and 13 rebounds a game throughout the early stages of the season.

Nolan has been an absolute force of nature for our Newcastle Eagles WBBL franchise so far and she continued her fine form on the weekend with 22 points and 10 rebounds in just 27 minutes of action, as she and Fernandez led the five starters in scoring as the first unit bagged 87 points between them.

Finally, Antoinette Lewis and Chloe Gaynor both received nods from the league with places on the bench for their performances in the win over Wolves