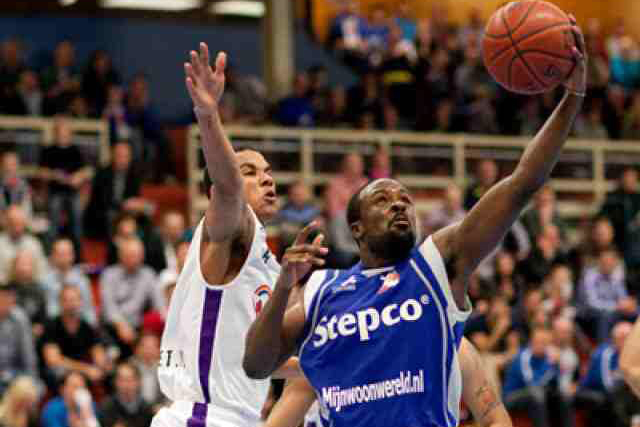 Esh Group Eagles Newcastle are happy to announce the signing of point guard Rahmon Fletcher. The 25 year old 5’10 American had an impressive college career at the University of Wisconsin Green Bay where he received numerous honours including being twice voted an all Horizon conference 2nd team player and in his junior season being voted an all Horizon conference 1st team player. This placed him in the company of NBA players such as Norris Cole of the Miami Heat and Gordon Hayward of the Utah Jazz.

Following his graduation Fletcher played two seasons for Weert in the Eredivisie in the Netherlands, a league in which ex-Eagle Damon Huffman and current BBL Player of the Year Zaire Taylor both competed. His second season averages of 14 points and 4 assists per game on 55% shooting were an important factor in attracting the Eagles attention.

Eagles assistant coach Dave Forrester was pleased to bring Fletcher to the North East; ‘We wanted someone who had played a high level in college but also had some European experience. We feel with Rahmon we have signed a floor general who can lead our team but also has the capability to choose when it is time for himself to step up to get his own shot. We also feel that his personality will be the right fit for our team and our club’.

Preperations continue with the club expecting to make further announcements in the coming week. For further information please contact the club 0n 0191 245 3880 or by e-mail at [email protected].