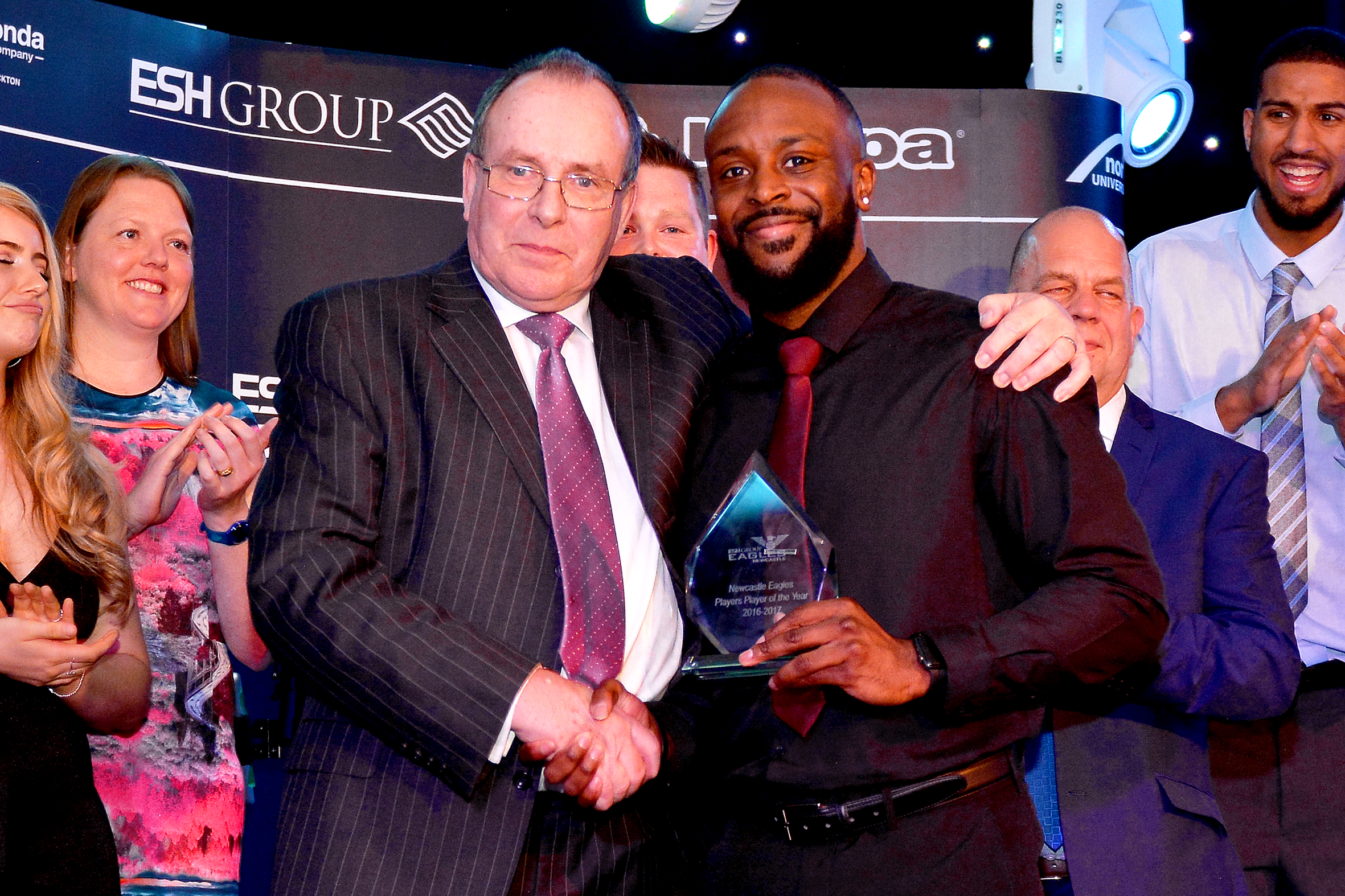 Newcastle Eagles guard Rahmon Fletcher has been named as the Player of the Year in the Basketball Journalists Association’s annual awards for the 2016-17 season.

The Kansas City native, who had finished third in the last two BJA Player of the Year awards was a near unanimous winner this season with Leicester Riders’ Taylor King finishing second and London Lions big man Rashad Hassan, third.

“I am truly honoured to receive this award,” Fletcher said. “I am grateful to everyone in the Eagles organisation who has helped me this season and of course to my team-mates who have been with me every step of the way.”

Leicester Riders coach Rob Paternostro won the BJA Coach of the Year award for the second straight year after steering his side to back-to-back BBL Trophy wins plus a domestic crown with a shot of the treble at this Sunday’s Playoff Final against the Newcastle Eagles at the O2 Arena in London.

Bristol Flyers Andreas Kapoulas came second with Surrey Scorchers’ Creon Raftopoulos ending up in third as both coaches guided their respective sides to the BBL Playoffs.

The Pete Jacques Award for best British player in the BBL has gone to Great Britain veteran and Glasgow Rocks’ own Kieron Achara, who narrowly beat Newcastle Eagles’ Orlan Jackman to the award. Leicester Riders guard Conner Washington finished third in the running.