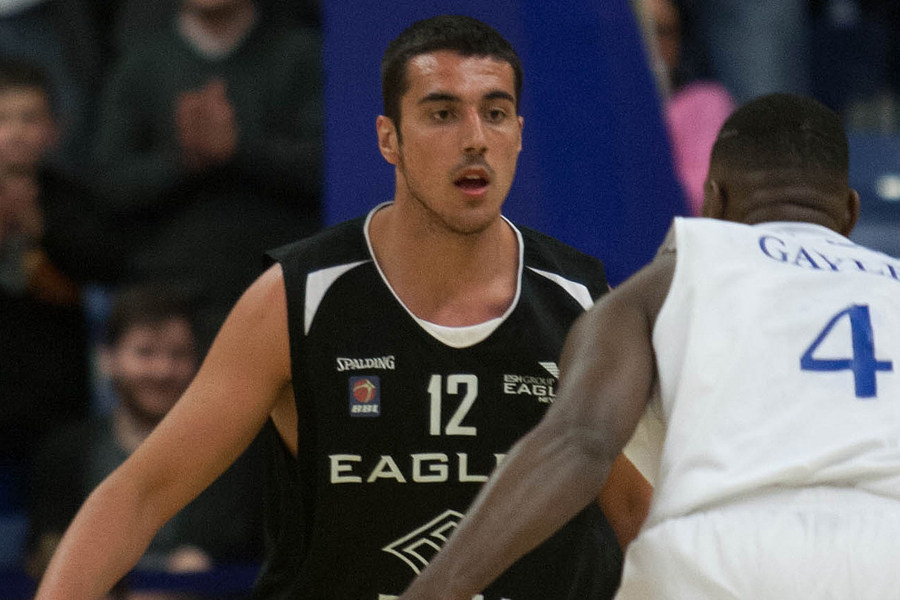 Danny Horta Darrington has been rewarded for his end of season efforts and all-round potential by being named to the full Esh Group Eagles Newcastle roster for the 2015/16 BBL season.

The youngster came in for the last two regular BBL games of the last campaign when Head Coach Fab Flournoy was looking to rest some of his regular players in preparation for the end of season play-offs and showed that he had enough ability to be considered for the forthcoming season.

Horta Darrington who will play with the name Horta, in honour of his Spanish father, on his vest is a 19 year-old clever, 6′ 0” point guard that reads the game well and gives a 100% when on court at both ends of the floor.

Flournoy is looking forward to working with the youngster.

“With Eddie leaving we had a spot on the roster for a youngster and I like what I see in Danny both in his playing ability and attitude. It’s fair to say he has a lot to learn and a long way to go to gain playing time but he has good basketball intelligence, is willing to learn and is committed to giving 100% to his development.

He didn’t look overawed when he was asked to step up last season and I think he’ll give us a little edge in our practice sessions with the seniors as he is very keen to show their worth. It’s a big transition he has to make but we think he’s got a chance of making it.”

Horta came to The Eagles School of Excellence programme late in the proceedings after returning to England having spent most of his school life in Spain but showed great promise in his Under-18’s Eagles performances which was good enough to land him a spot in Coach Marc Steutel’s Team Northumbria programme last season.

The Eagles and Team Northumbria will continue to utilise Danny’s talents next season as Eagles Managing Director Paul Blake explained.

“With Eddie moving to Leeds it opened up a spot for us to promote a player from our School of Excellence/Team Northumbria programme. Fab and I discussed it and decided that Danny deserved and had earned the right to that opportunity.

We hope he can combine his commitments to the Senior side with minutes and playing time for Team Northumbria and therefore benefit not just himself but the whole programme moving forward. It’s an exciting chance for us all to progress a young British talent.

Eagles fans will get the chance to see Horta in action for the senior side in the forthcoming MKM Euro Invitational which takes place at Northumbria University Sport Central from Monday 7th to Wednesday 9th September.