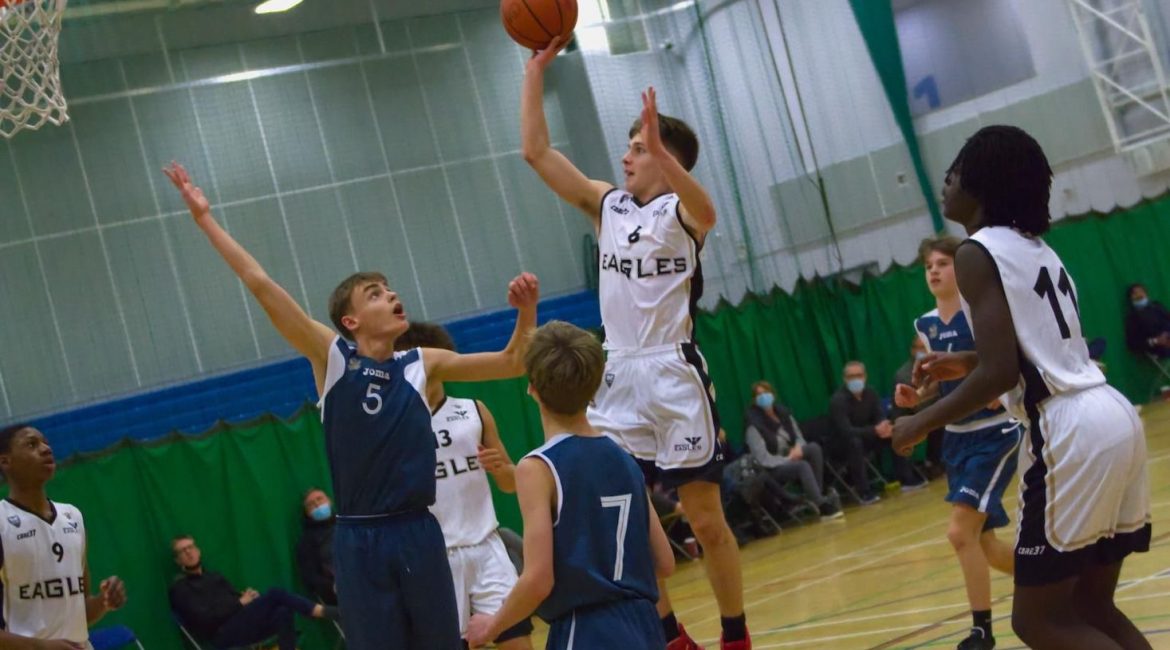 Playmaker Ollie Finlay anchored a flawless victory as Newcastle Eagles Under 16 boys headed into the Christmas break on the back of a big road win.

The visitors defeated Cheshire Phoenix 119-41 to head into 2022 as one of the teams to watch.

And it was point guard Finlay who showed the way with pin-sharp organisation at both ends of the court.

A one-sided first quarter proved to be a masterclass in clinical offence and stifling defence.

Joe Corkin opened the scoring from the tip before Pedro Omere and George Stephenson got in on the act — both players bagging a brace of buckets.

A trio of typically cool lay-ups from Ruben Hezekiel put the visitors in firm control and the match was over as a contest with 10 minutes played.

Newcastle led 29-4 heading into the second quarter and, although Phoenix finally found some offensive rhythm, there was no way back for battling Cheshire.

Akeem Johnson dished up a series of pinpoint passes as Ruben Hezekiel kept up the pressure at the offensive end.

But the play of the quarter — if not the game — came courtesy of a fast-paced reverse lay-up from the crowd-pleasing Jonathan Ajayi.

The Eagles were soaring and a 53-16 half-time lead told its own story.

Omere and Emmanuel Hezekiel both helped themselves to double digit hauls during the third period.

And coach Calvin George was able to mix things up as his players closed in on a century of points on the road.

Phoenix mustered a late rally in the final quarter to go on a 10-2 run but it was that man Finlay who ensured Newcastle finished the game as impressively as they started it.

Manchester Magic cast a spell over Newcastle Eagles’ battling Under 14 boys as the hosts slipped to a 36-point defeat at the Vertu Motors Arena.

One of the most talented teams in the league proved their class against the boys in black.

But Newcastle showed plenty of promise in spells against the well drilled Magic – pointing to an exciting 2022.

The Eagles rallied after a slow start with Leo Degnen-Potter and George Merrifield denting the initially disciplined Manchester defence.

Aston Hall and Joseph Osarenkhoe followed up with smart finishes and, as the Magic slipped into foul trouble, a Jakub Bobkowski triple ended the quarter in style.

Luke Tucker and Ben Lumley came to the party in the second quarter but Manchester were doubling down on their dominance at both ends of the court.

And the visitors took a 50-26 lead into the locker rooms — restricting Newcastle to just eight points in the period.

The Magic added nine points in three minutes to start the second half with a bang.

And three quick buckets on the bounce from the battling hosts weren’t enough to stop Manchester in their tracks.

Bobkowski opened the scoring in the final quarter but Magic finished the game in style.

And Chloe Gaynor’s side head into the Christmas break determined to bounce back at York Eagles in the New Year.