Fighting The Tough Times To Enjoy The Good

Newcastle Eagles/News/Fighting The Tough Times To Enjoy The Good 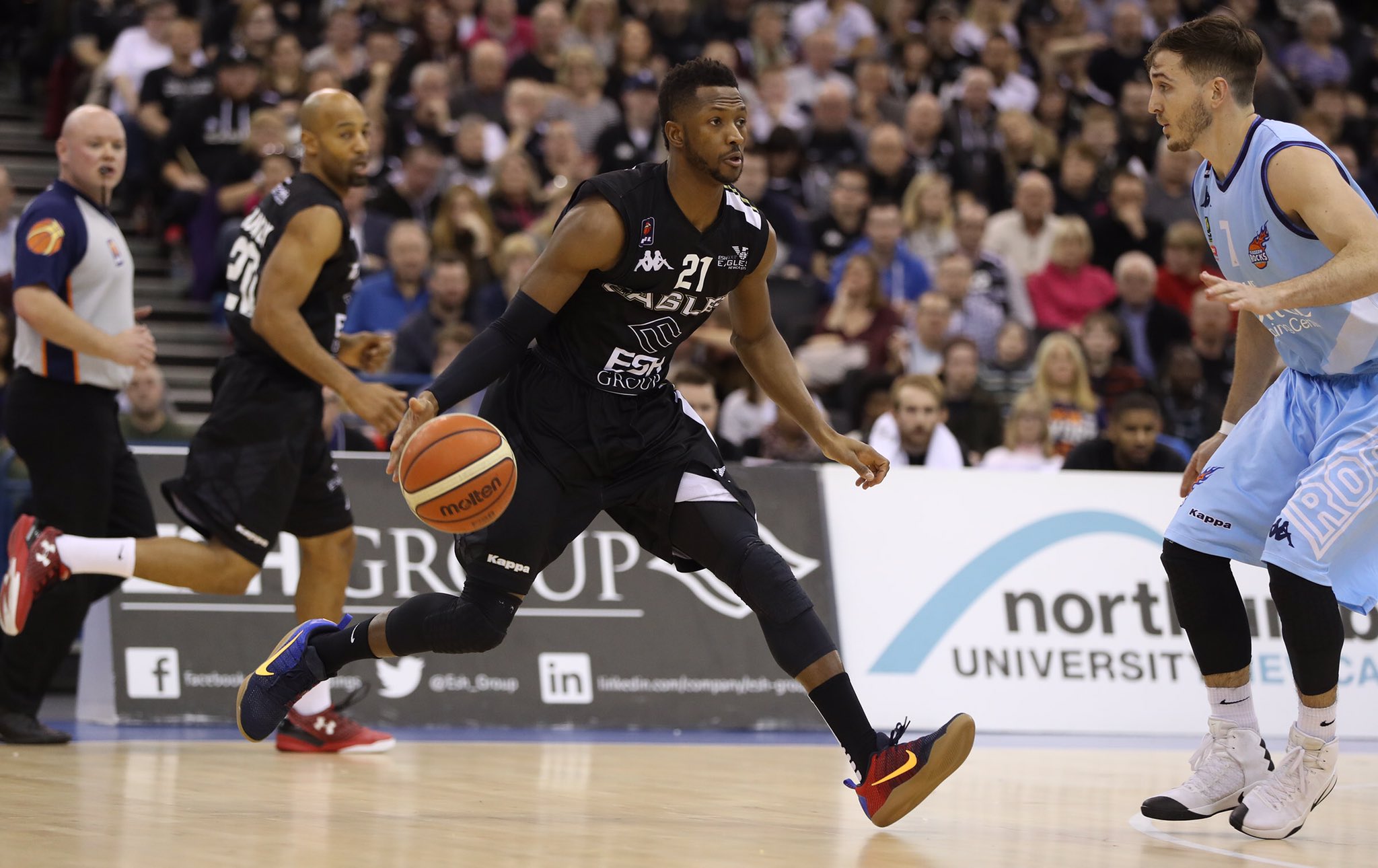 Esh Group Eagles Newcastle shooting guard Drew Lasker believes getting to the BBL Play-Off Final is even sweeter given everything the side have been through in recent months.

Since the BBL Cup win back in January, the Eagles’ form dropped, but they managed to get the job done at the key moments and will be in London on Sunday.

“Success is even better when you go through tough times,” Lasker said. “This year, we went through, probably, the toughest stretch on the court since I’ve been at the Eagles.

“There were some real tough, dark times, so it makes this trip and this game even sweeter, just to be able to get here.

“To be able to win it will just be amazing, just knowing where we were two months ago.”

Fab Flournoy’s side go up against the league champions Leicester Riders in the capital, and it will be the fifth time the sides have met this season.

Both teams have won two games, with the last meeting seeing the Eagles see off their rivals 83-76 at the end of April in the BBL Championship.

Lasker knows what the side have to do to win. He said: “We have to get off to a good start. When we played them down at their place a few weeks ago, we spotted them nine points.

“We pretty much won the rest of the game, but a team like Leicester, you can’t spot them nine points, we’ve got to come ready to play. All 10 guys have got to be ready to play when their number gets called.

“It’s going to take our best effort to beat them and I feel like we’re ready.”

There are players in the squad that have been to countless finals during their time on Tyneside, and there are some that haven’t.

Joe Hart and Deondre Parks will experience a BBL Play-Off final for the first time on Sunday, and Lasker thinks it’s important for the team to support each other throughout.

He said: “It’s very important, but I think what helps us, for our new guys that have never been there, is playing in the NIA in Birmingham.

“That kind of gives them a little feel what it’s going to be like. This is going to be on another level. With all the hoopla and everything that’s going on, it’s just basketball.

“It’s something that you’ve been doing your whole life. If you put it into that perspective, hopefully you can stay calm.

“It’s normal to get nerves and to feel anxious. Usually, as a basketball player, once that whistle blows, all that stuff goes out the window.”

The shooting guard spoke about the Play-Off system here in Britain, compared to the NBA’s best of seven structure.

“It’s strange,” he added. “Especially when you go home at night and all of us go and watch the NBA, we’re watching these game of sevens and tactically it’s exciting to see how these teams adjust.

“We’re in Britain and that’s the rules and it is what it is. You’re just going to have to make do with it and adjust to it.

“If it wasn’t this way, you wouldn’t have got as an exciting game as you did at Worcester. Maybe if it was a best of three, and we were down 20, we probably would have said ‘okay, we’ll wait for game three’.

“But knowing that that’s it, you’ve got to keep playing. It’s not ideal, but it is what it is.”