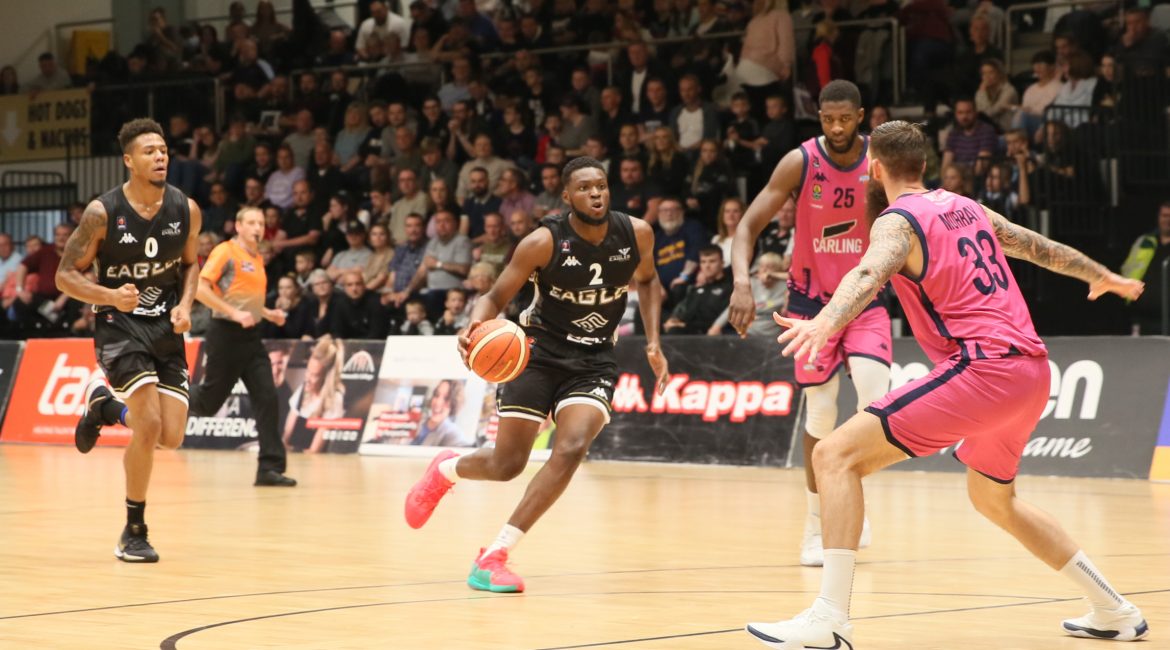 It was a very disappointing and difficult night for Newcastle Eagles last Friday down in Sheffield as they suffered a heavy 93 – 69 defeat at the hands of the Sharks. It means that this Friday’s home game against Leicester Riders is even bigger than normal.

The Eagles are looking to get in to the top two positions of BBL Cup Group North to guarantee them a home quarter-final tie. That means a win against one of their fiercest rivals is a must-win encounter for a Newcastle side that have now lost back-to-back games for the first time this season.

One of the bright spots last weekend was the return to action of USA Small Forward Mike Morsell who had recovered from his hamstring injury to return to the roster. Unfortunately, Morsell picked up foul trouble and couldn’t contribute as well as he hoped.

He was though able to confirm he had suffered no reaction on his return and will be raring to go against Leicester on Friday at the Eagles Community Arena.

“I’m doing fine after Friday. All is good and I’m feeling ready. It was a disappointing team performance last Friday but we know what we’ve got to do. We’ve got to put it behind us, turn the page and get ready for this Friday.”

“I think we just got off to a rough start. We had never used that line-up in any other game and personally I think with me coming back it kind of threw us off a bit. I’m not making excuses but it was a slow start and it just meant we couldn’t bounce back from that.”

Morsell came off the bench and picked up 9 points and 6 rebounds in limited minutes as his time on court was hampered by foul trouble. Something he felt he could explain and needs to put right.

“I hadn’t played in 3 or 4 weeks and I was just so excited to be back out there I felt that I was playing basketball for the first time again and I probably got a little over excited. I got a bit antsy with all the fouls but I think that will calm down and I feel normal now.”

“With not playing for so long I felt that I just wanted to be everywhere on court and got a bit too carried away. But I’ve watched the film and I know what I have to do to get back there.”

This weekend’s opponents, Leicester Riders, could hardly be a tougher one for The Eagles to try and get back to winning ways as they lead the Group with a 5 – 2 record. One of those 2 losses though was a game against Newcastle who triumphed 94 – 86 on the Riders’ court.

Morsell had to watch that game from the bench due to his injury with Rodney Glasgow Jr filling in for him. Now the situation is reversed with Glasgow still awaiting his UK passport. Morsell thought the Riders looked a good side.

“We know this is a very big game and we’re out there having a great week of practice to get ready. We know what we’ve got to do. I thought they were a really good team and I think they match up well with us.”

“We’ve watched that game together and we know that whatever we did the last game we’ve got to do the same again. I definitely think we’ll be ready for them on Friday especially in front of our own fans.”

The game will tip-off at the usual time on Friday at 7:30pm and promises to be one not too miss.