Fab is Coach of the Month

Newcastle Eagles/News/Fab is Coach of the Month 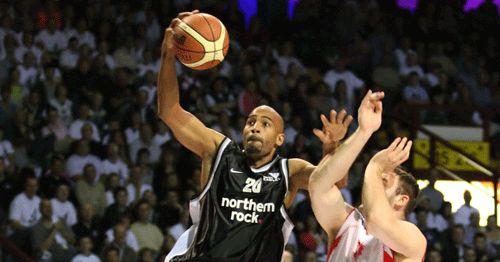 Newcastle Eagles’ player-caller Fabulous Flournoy and Everton Tigers’ Andre Smith have been announced as the BBL coach and player of the month for October.

Flournoy, who led the Eagles to the BBL title last year saw his side continue where they left off in league play by winning six of their seven games this season.

The Eagles opened the campaign with an 86-81 home win against Guildford Heat, finished October with a 112-92 BBL Cup victory against BiG Cheshire Jets.

The only blemish for Eagles as they started the campaign with a 6-1 record was an 86-81 home loss against Sheffield Sharks.

Meanwhile, Smith has certainly enjoyed his first season in the BBL. The 23-year-old joined the Tigers in the summer after spells with Albirex (Japan) and Herens (Switzerland) and made an immediate impact with 29 points in Everton’s 80-61 victory at Sheffield Sharks. That set the tone for Smith’s first month in the BBL as he poured in 33 point and collected 14 rebounds in the win against PAWS London Capital and produced a double-double of 28 points and 15 rebounds in the 88-69 victory at Scottish Rocks.

Smith’s final game of the month saw Everton’s first defeat of the campaign as they suffered a shock 106-101 home loss against Worcester, but the former North Dekota State College of Science standout couldn’t be faulted with 32 points and 16 rebounds.

Everton coach Tony Garbelotto paid tribute to Smith’s contribution to his side’s good start to the season: “I’m really happy for him as he’s worked extremely hard since coming to Everton. He’s probably the hardest working player I’ve ever know on the court, and the club are proud that in almost every single game, he’s played to the highest stardard. It’s an award that he definitely deserves.”