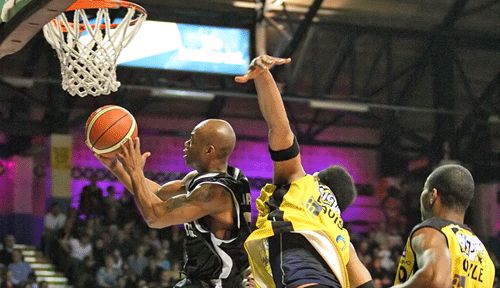 Mersey Tigers have already made the last four of the competition and they host Worcester Wolves tonight while fellow semi-finalists Newcastle Eagles make the relatively short trip to Yorkshire to face One Health Sharks Sheffield.

After suffering a second BBL Championship defeat in as many games last weekend, you might expect Eagles player-coach Fab Flournoy to be feeling a little down but that isn’t the New Yorker’s style and has been quick to highlight the positives of the first 3 weeks of the new season.

“I am happy with our start, we have had the toughest schedule of any team by far (the combined record of teams we have played versus teams we have not is 6-1) and despite the fact that Trey [Moore] has only practised twice with the team, we have met our first objective which was to qualify for the trophy semi finals.”

“The league is a marathon and road wins are going to be tough to get this season and all teams are going to struggle to get a win at Mersey and Worcester given the quality of their rosters and coaching. We would prefer not to be 0-2 but I am not losing sleep over it.

“In all the games that have gone to overtime, we have been down late and came back. Against Sheffield and Worcester we were down double digits in the fourth quarter. That competitive spirit is critical to me in the way I evaluate our team. But I would prefer to win in regulation!”