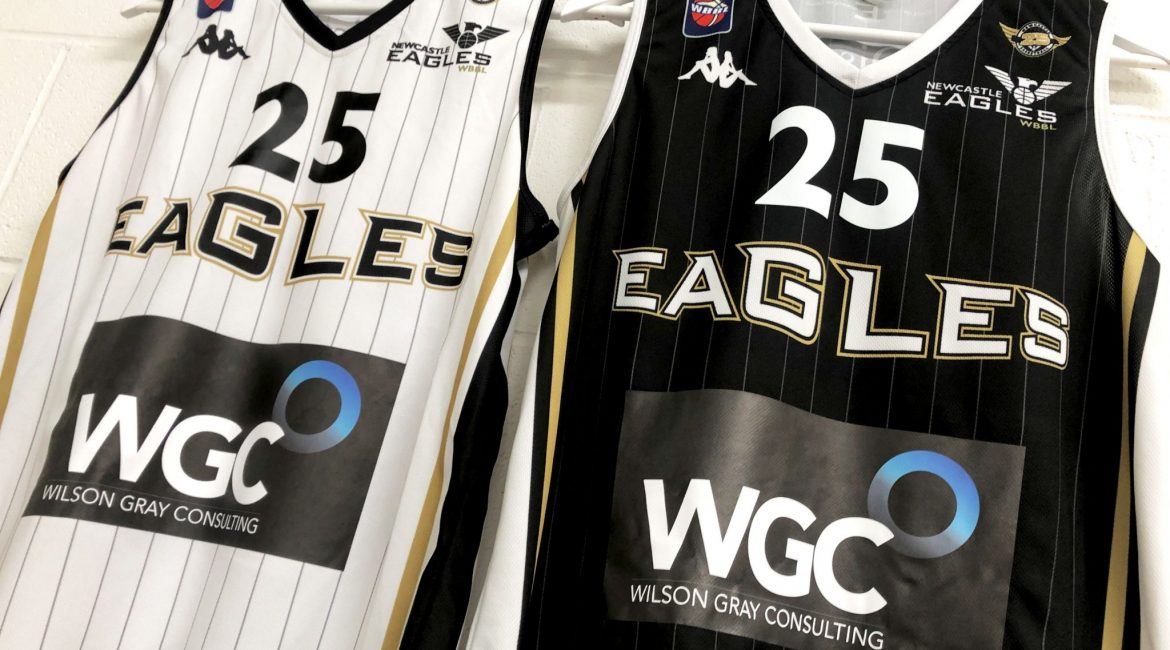 Newcastle-based engineering firm Wilson Gray Consulting (WGC) have stepped-in as the new main sponsor of the Newcastle Eagles WBBL team for the remainder of the 2021-22 season.

WGC started to throw their support behind the Eagles last month by sponsoring The Big One when the club broke the long-standing attendance record for women’s basketball in the UK with over 1,122 spectators in the Vertu Motors Arena stands.

When the Eagles parted company with former club sponsor GiveToLocal earlier this week. WGC extended their partnership to take the front of the WBBL kits in support of the team as they target a back-to-back play-offs run.

“We are delighted to be sponsoring the WBBL team for the remainder of this season”, said Peter Wilson, Director of Wilson Grey Consulting.

“Similarly to the construction industry, sport is generally a male dominated field. But with the great work the Newcastle Eagles are doing to grow women’s basketball, not only at the top level but also to inspire the next generation of female athletes, it felt right to invest in the future of the team.

“We wish the team the best of luck in the run up to the play-offs.”

The WGC logo will be pride of place at WBBL games starting with their tip-off against Sevenoaks Suns tonight at 7:30pm.

Dan Black, Newcastle Eagles Sales and Communications Manager, said: “We want to thank Peter [Wilson], Adrian [Gray] and everyone at WGC for their support.

“Growing women’s and girls’ basketball is a huge part of our plans and for a likeminded local business to jump in with this show of help after the success of The Big One is massive for us.