Edwards Lands In Defensive Team of the Year 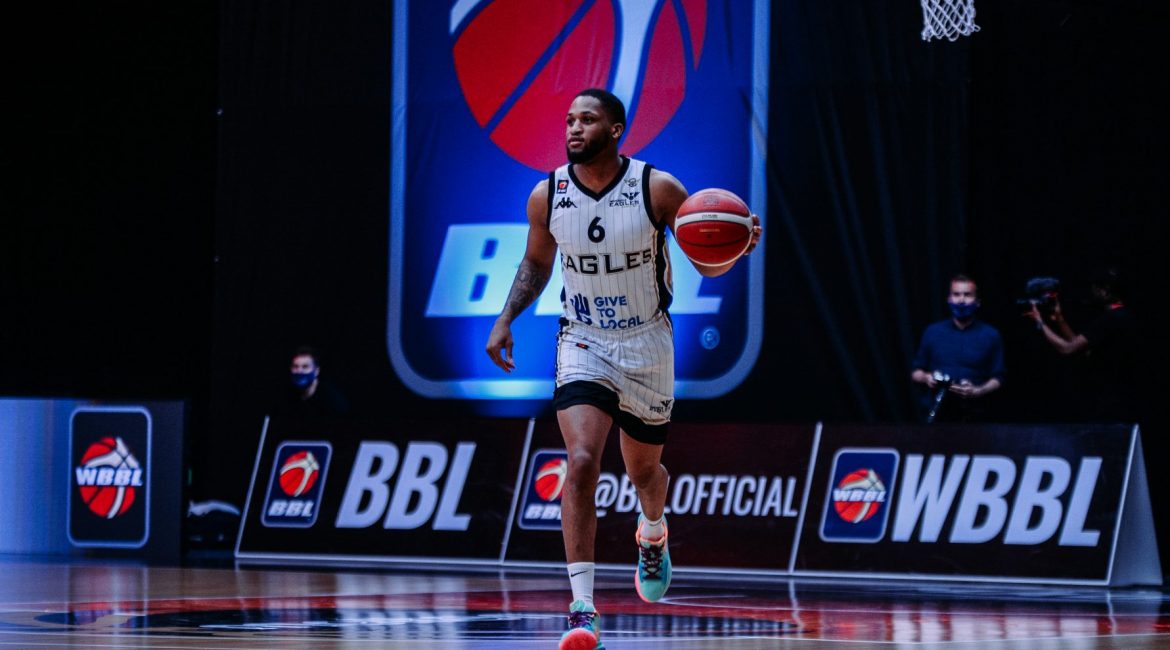 There’s a formidable line-up for the 2020-21 Molten BBL Defensive Team of the Year, voted by BBL Head Coaches, which features our very own back-court star Cortez Edwards.

Edwards does a bit of everything for us at both ends of the floor and also received six votes from BBL Head Coaches.

The American guard comfortably led the league in steals with 2.8 per game and a massive total of 83 in league play as Eagles were second overall in turnovers forced – including multiple steals in 22 games, with a season high of six against Glasgow in April and eight times nabbing at least four.

Edwards was also 10th overall in the BBL for defensive rebounds (5.4 per game) and the biggest rebounding guard at just 6’2″.

Our number 6 managed to maintain his intensity while playing the fifth most minutes per game (34.3) and also being seventh in the BBL for assists (5.1) while averaging 15 points.

Cortez was also the first player to post a triple-double this season with 10 points, 14 rebounds and 12 assists in a key victory over London Lions.

You can see the full story on the BBL website.