Eddie The Eagle Flies Away With Force

Newcastle Eagles/News/Eddie The Eagle Flies Away With Force 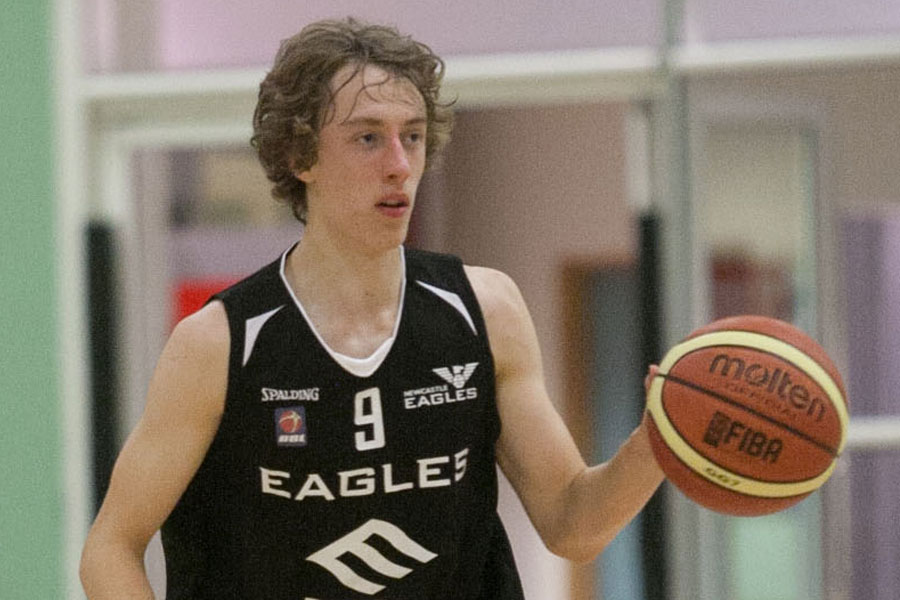 In amongst all the returnees being announced by Esh Group Eagles Newcastle one name has so far been absent. Eagles School of Excellence graduate Eddie Matthew who many would have thought would be nailed on for the current season is instead leaving Newcastle to join Leeds Force.

The 19-year old guard who has been a member of the Eagles senior roster for the last three seasons. He was the youngest player to represent the Club at a senior level when he netted a place on the bench for the 2012/13 season as a 16-year old whilst still representing The Eagles Under-18 side.

Since then he’s gone on to represent both England and subsequently Scotland Under-18’s as well continuing his professional basketball education under Head Coach Fab Flournoy. However, it is his academic education and search for greater playing time that has seen him move south for the 2015/16 campaign.

Matthew has secured a place at Leeds University to continue his academic future and with it came the chance to link up with Matt Newby and his Force squad.

“I’ll always be grateful to The Eagles for giving me the opportunity to be involved in senior professional basketball and it was an honour to play and be part of The Club. Fab Flournoy and his coaching staff have greatly improved my game and shown me what I need to do if I’m going to be a success in the professional arena.

I’m sad to leave but the academic opportunity offered by Leeds was too good to turn down and once that decision was made it seemed a logical choice to make the basketball switch as well especially after talking over my options with Coach Newby.”

Since taking up his spot on the Eagles roster Matthew has shown glimpses of the undoubted talent he has. Last season saw a career-high 16 points in just ten minutes via Manchester Giants in December 2014 and late in the season he played over 32 minutes against a full Leicester Riders side netting a credible 15 points.

Overall he played in 61 BBL games for The Eagles gaining both valuable minutes and experience as he builds his fledgling professional career.

Head Coach Fab Flournoy is disappointed to see Matthew leave but wished his former protégé the best of luck for his future.

“I’m sad to see Eddie move on but wish him all the best for the future in both his academic and sporting life. He always worked hard for me, listened to what we told him and was an important part of our roster. He’s undoubtedly got talent and perhaps the move to Leeds will help him fulfil that.

I’m sure I speak for all at Newcastle Eagles when I say we enjoyed having him as part of our family and we look forward to seeing him during the season. We hope the move works out well for him.”

So, a gap appears in The Eagles roster and no doubt forthcoming announcements from The Club will follow as to who will fill them and complete their 2015/16 roster.