Eagles with Impressive Win over Durham 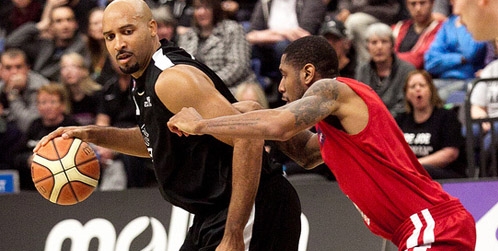 Despite having won three of their previous five games and facing a Newcastle Eagles side without key playmaker Damon Huffman, Durham Wildcats were routed in the north-east derby after two very special performances by Charles Smith (pictured) and Joe Chapman.

The former racked up an astonishing 49 points including a stunning eight three-pointers and also completed a double-double by amassing a fantastic 16 rebounds, whilst the latter accumulated a rare and outstanding triple-double of 18 points, 11 rebounds and 10 assists.

Despite lining up without the considerable influence of Huffman, the Eagles were like a runaway train during the early stages of the game, making a mockery of Wildcats’ recent red-hot form.

The visitors annihilated their shell-shocked hosts with a scorching and unstoppable offensive display during the opening ten minutes, pouring in a mammoth 40 points.

Durham meanwhile were stranded back on 13 points and bitterly regretting their catastrophic start which saw any chance of a shock win evaporate in double-quick time.

They did at least re-emerge for the second period with more vigour and recovered to outscore their opponents by 25-14.

But, normal service was resumed after the half-time break as the Eagles became rampant once more, scoring twice as many points as Durham, 34-17 to be precise to hammer home their advantage by moving 88-55 ahead.

The last quarter was little more than a canter for the Eagles who regained outright lead of the BBL Championship.