Eagles with a Convincing Win over Plymouth Raiders

Newcastle Eagles/News/Eagles with a Convincing Win over Plymouth Raiders 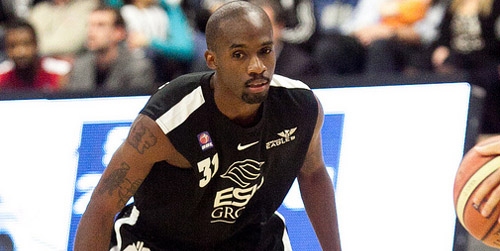 Newcastle Eagles avoided a third successive defeat to get their title defence back on track with an impressive 96-79 success at UCP Marjon Plymouth Raiders.

Having lost their BBL Trophy quarter-final against Worcester Wolves, a result followed by a stomach-churning buzzer beating league loss to Cheshire Phoenix 48 hours ahead of their trip to Devon, the Eagles were under intense pressure when they took to the floor.

They did however already have one previous success at Raiders earlier in the season to draw strength from, and ultimately, they went on to produce an even more convincing display this time around.

However, it did look worrying during the opening exchanges as Raiders, who had beaten Surrey Heat in a real thriller the night before, managed to move 10-4 in front.

But, their lead was whittled down to a solitary point by the end of the first quarter, as Charles Smith sunk three free-throws after being fouled on the perimeter by Andreas Schreiber.

As the game unfolded, the Eagles began to grow in confidence, posting a 6-0 run to go 33-28 ahead, with former Raiders’ point guard Anthony Martin proving to be a real thorn in the side of his ex-employers.

The visitors still led by five at the break and as they continued to swarm all over the BBL and Raiders’ leading scorer Michael Ojo, the hosts found it difficult to find other scorers to step into the void – aside from 24 point Matt Schneck.

That gave the Eagles the platform to push on, and they did so with real vigour. Smith led the way as usual, and it wasn’t long before they moved into a strong position at 70-60.

With Martin doing a fine job dictating the tempo for the Eagles and with Darius Defoe and Kareem Maddox looking strong under the basket, Raiders never regained a foothold in the game and the Eagles had little trouble in seeing out the game during the last quarter.

Martin had 18 points on his return to the Pavilions whilst Smith and Maddox both claimed double-doubles. The former had 26 points and 12 rebounds and the latter harvested 20 points and 14 boards.