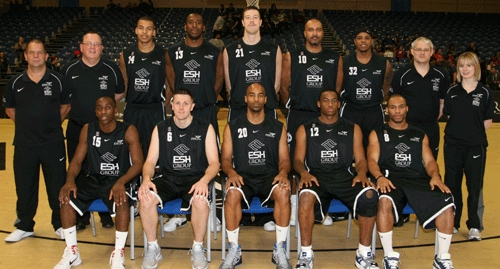 The Eagles have once again won the coveted Sport England BBC North East Team of the Year Award, following the clean sweep of 2011-12 BBL titles.

The Award was presented at a gala event hosted at Gateshead International Stadium and was graciously received by player-coach Fab Flournoy, BBL 2012 Player of the Year Joe Chapman and two time 2012 Finals MVP Charles Smith.

During the presentation interviews Flournoy expressed his delight in winning, “This Award is for everyone at the club that have put in so much hard work this year. It’s truly unbelievable to think that we have won this in such an amazing sporting year for the country.”

The team now look forward to the BBL Cup Final on 13th January 2012 at Birmingham National Indoor Arena and a return back to BBL Championship competition this weekend away to Worcester Wolves and Plymouth Raiders.