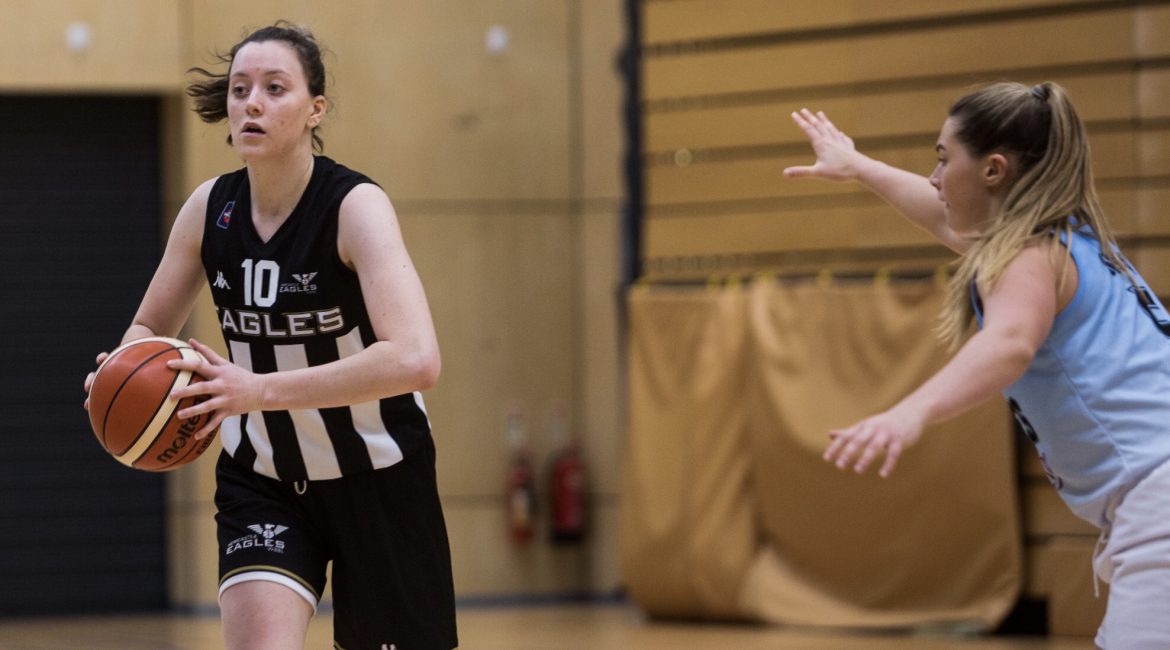 Chris Bunten has hailed the outstanding contribution of in-form rookie Maya Price as one of British basketball’s brightest stars continues to fly the flag for homegrown hoops.

Newcastle Eagles WBBL snapped up the former GB Under 18 international in the close-season as back up for veteran bigs Kara Bonenberger and Steph Gandy.

But Price has forced herself into contention for a starting five spot and came away from last weekend’s exhausting double header with a combined total of 35 points and 19 rebounds.

“In the UK we regularly celebrate British players making their mark in the US collegiate system and long may this continue,” said Bunten.

“But I feel we rarely celebrate players who make the decision to stay home to pursue their education at universities and progress their careers in the domestic leagues.

“Maya chose to stay in the UK after turning down a number of full scholarships from the US and she’s made an instant impact in the WBBL.

“She’s playing two leagues above the level she was at this time last year and doesn’t look out of place at all.”

And that followed an equally key contribution of 15 points and nine rebounds at Cardiff 24 hours earlier as Bunten’s side snapped their four-game losing streak in style.

Aussie forward Georgia Ohrdorf’s absence with concussion opened the door for Price to push for more minutes this month.

And the former Ipswich favourite seized her opportunity with both hands to give Bunten a genuine selection headache when the WBBL season resumes next month.

“Maya has an incredible work ethic and she’s really benefitted from playing alongside some very experienced WBBL players this season,” added Bunten.

“On and off the court she’s made a huge impact and has proved to be a very popular team-mate and student at Northumbria University.

“Having spent the last four months coaching Maya I can honestly say the sky’s the limit where she is concerned.

“At the very least I would expect the GB Under 20 coaching staff to be looking very closely at her right now.”

Although Price’s season has exploded in the last four weeks her steady contribution to Bunten’s roster has impressed the Eagles’ hierarchy.

The teenage star heads into 2019 hitting eight points and almost six rebounds per game in an average of 18 minutes on court.

And her 44% shooting from the floor has made Price a genuine offensive threat alongside Bonenberger and Gandy.

Newcastle are back in action on January 5 when they host Manchester Mystics – the first of a weekend double header on Tyneside that sees Caledonia Pride cross the border 24 hours later.