Eagles Up For The Challenge

Newcastle Eagles/News/Eagles Up For The Challenge 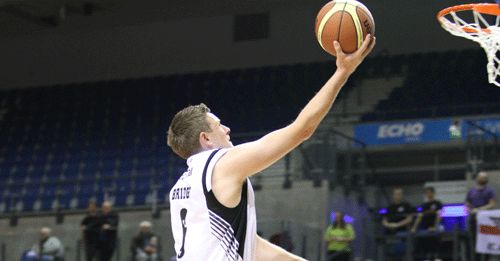 Newcastle Eagles captain Andrew Bridge has admitted crunch time is approaching for the club as they try to show their resolve in the wake of losing Fab Flournoy to illness.

At least boosted by the news he has been discharged from hospital, the players must now focus on a mouth-watering double-header against two fellow title rivals this weekend. They host Cheshire Jets tonight and then travel to arch rivals Glasgow Rocks on Sunday.

According to Bridge, things won’t get any easier the following weekend either in what looks like a pivotal couple of weeks that could yet shape the Eagles’ season as well as the title race in general.

“It’s massive fortnight for us, with Sheffield and Leicester next weekend after we’ve played Jets and Rocks this week, and if we can come out of that with four wins, we’ll be in a great position.”

“Having said that, we’re taking it one game at a time and Jets will be tough. Jeremy Bell looks to be their key guy and as he goes, so do they – but Gareth Murray and Colin O’Reilly are the unsung guys on that team.”

“They do all the dirty work, taking the toughest defensive assignments and if you ignore them, they’ll make big shots as well. Greer’s important to them as well, and it’s difficult to stop everyone in one game, but we know what we have to do to limit them.”