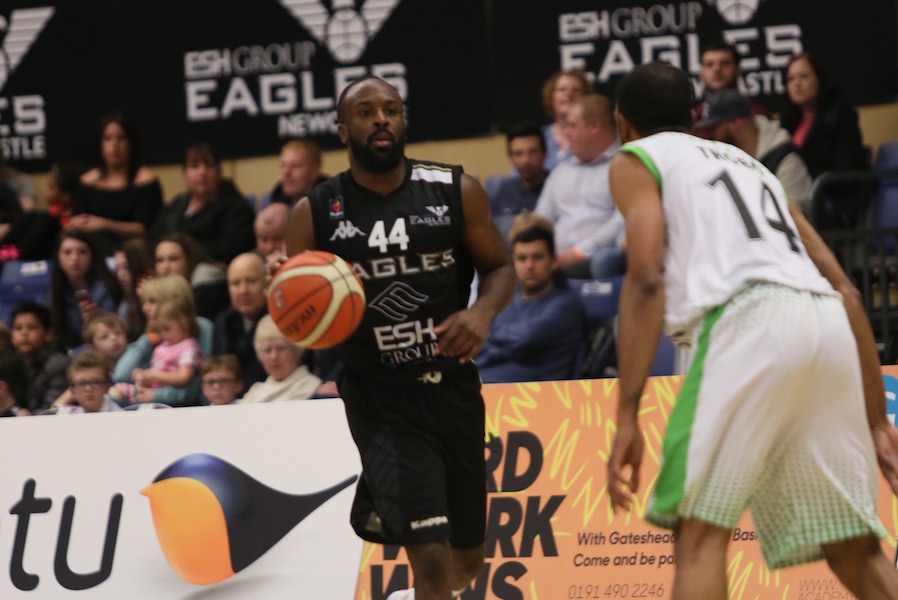 Esh Group Eagles Newcastle returned to winning ways in dominant fashion as they recorded a 96-65 victory over Manchester Giants.

Fab Flournoy’s side had lost ground in the title race with recent defeats, but powered their way to a 20th league win of the season.

Deondre Parks put up 22 points in the win in a balanced scoring attack from the Eagles, who were still without Darius Defoe.

The visitors made a bright start and were down by one at the end of the opening 10 minutes before Newcastle broke clear.

34 points were poured in by the home side in the second as they stormed into a 21-point lead at the interval with Rahmon Fletcher and Parks combining for 32 at the half – one short of Manchester’s total tally.

The lead continued to grow in the third with Orlan Jackman scoring five straight to move his career BBL tally to 1000 points and he would finish with 12 points and 10 rebounds.

Joe Hart started the fourth with back-to-back triples as the Eagles led by as many as 36 as they completed a comprehensive win.

Jerelle Okoro led the Giants with 14 points, while Callum Jones posted a double-double of 10 points and 10 rebounds in his 200th BBL Championship appearance.