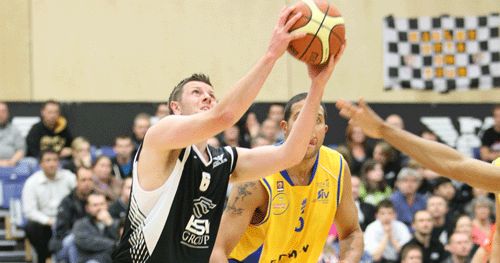 Newcastle Eagles’ depleted squad suffered a setback in their bid for the BBL Championship after an 83-81 defeat at Prestige Homes MK Lions.

Without the injured Trey Moore the Eagles struggled all match but led 77-78 with a minute to play before a three-point play from Travis Nelson gave Lions the lead for good.

Playing without their talisman Moore the Eagles quickly found themselves in a 10-3 hole, which became a 22-10 deficit on Stefan Gill’s three. Two Demarius free throws made it 24-12 but Andrew Bridge shaved two points off to get Eagles within ten at the buzzer.

Newcastle immediately cut the Lions lead back to six but the visitors were unable to make any further inroads as Bolds took the margin into double-digits at 42-31.

Anthony Haas gave Milton Keynes a 13 point lead at 47-34 before Eagles’ Darius Defoe completed the first half scoring by making a free throw.

Eagles had the better of the third quarter and took the lead at 54-58. Lions responded with a 7-0 run but Smith drained a three to level the match at 61-61.

In a nervy final stanza Milton Keynes twice led by four but couldn’t pull clear of Newcastle. An Andrew Bridge three put Eagles in front for the last time with just over a minute remaining until Nelson’s and-one wrestled back the advantage to Lions for good.