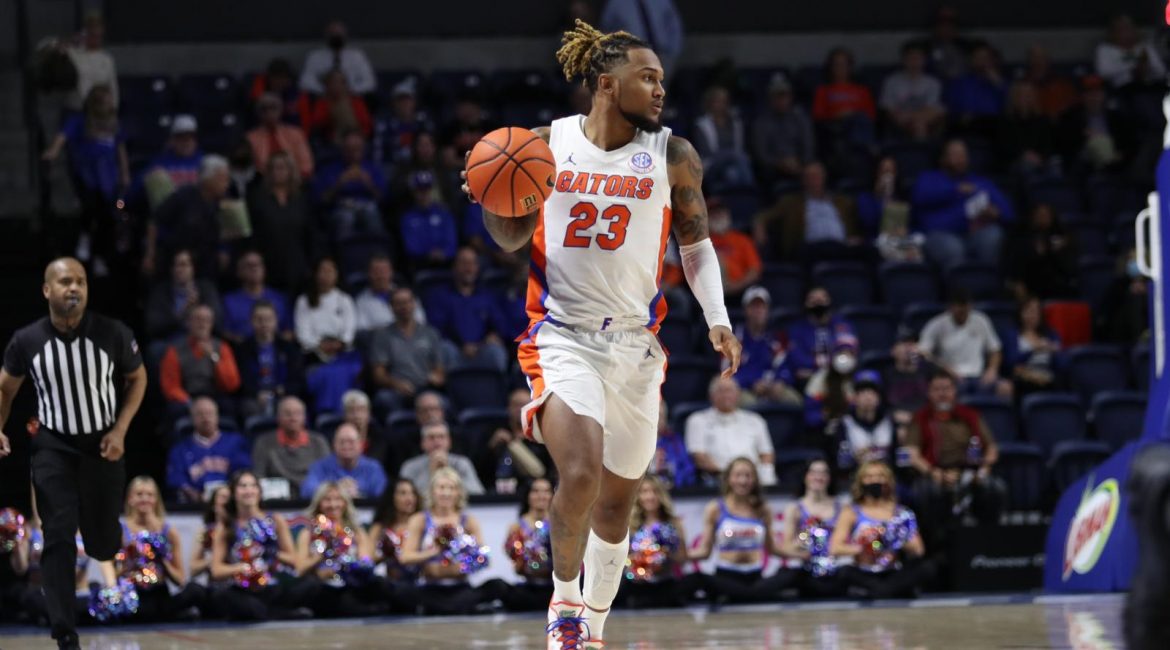 Fresh out of the University of Florida, Brandon McKissic will make his professional basketball bow in the BBL as a Newcastle Eagle.

The 6’3” guard flies into Tyneside following a season starting for the Gators where he closed out last season averaging 5.8 points and 2.5 rebounds.

“I’m happy to be a part of the Eagles family and really grateful and blessed for the opportunity,” McKissic said.

“I’m very excited to become a professional basketball player. It’s been a dream of mine for so long, to finally accomplish that is heart-warming as well.

“Coach Steutel reached out to me over the phone and we were able to set up a Zoom call where we had a great conversation.

“I really appreciated everything coach had to say and what his values are as a coach. I trust that he is putting something special together and I’m excited to be a part of it.”

A key man coast-to-coast, the Summit League 2021 Defensive Player of the Year dished 62 assists and grabbed 38 steals playing in all of Florida’s 34 games last season.

“We are truly delighted to have secured Brandon and look forward to welcoming him to Newcastle,” added Steutel.

“Brandon’s competitiveness and desire to win really stand out. He has had a really impressive college career.”

“Not only winning Defensive Player of the Year, but showing his ability to play make.

“His versatility will be a huge asset for us. With his high energy and toughness on display every week I know he’ll be warmly welcomed by the fans.”

Prior to enrolling with the Gators as a graduate student, the Missouri native spent four years at his home state’s university in Kansas City averaging 11 points, 2.9 rebounds, 2.3 assists and 1.2 steals.

“I left Missouri because I wanted to go somewhere and win, and hopefully play in the NCAA tournament,” added the former Gators guard.

“I also wanted to see if i could play in a Power 5 conference. Although we didn’t make the tournament, we won 20 games last season.”

“I think playing in a conference like the SEC, where it’s some of the best competition night-in and night-out, with high level recruits and talent throughout teams, you are really able to see how you match-up with those guys.”

Arriving in the UK as a rookie pro, the high-motor player, described as a vocal leader, plays defence with pride and toughness.

“Outside of my defence, I will bring scoring, I will bring an electric energy that will get my teammates and coaches amped,” said the 6’3” American.

“I’m a selfless leader who will do anything and everything needed to win games.

“Since I came in contact with the Eagles, I started doing some research about the team most but also the league.

“To all the Newcastle fans, I cannot wait to get out there and meet you.

“I’m super excited about this opportunity and the privilege to play the sport I love in-front of you guys!”

Those fans will not have too long to wait to see McKissic in action as the club have just announced a packed two week pre-season schedule starting on September 9 with tickets available now from the Newcastle Eagles Box Office.