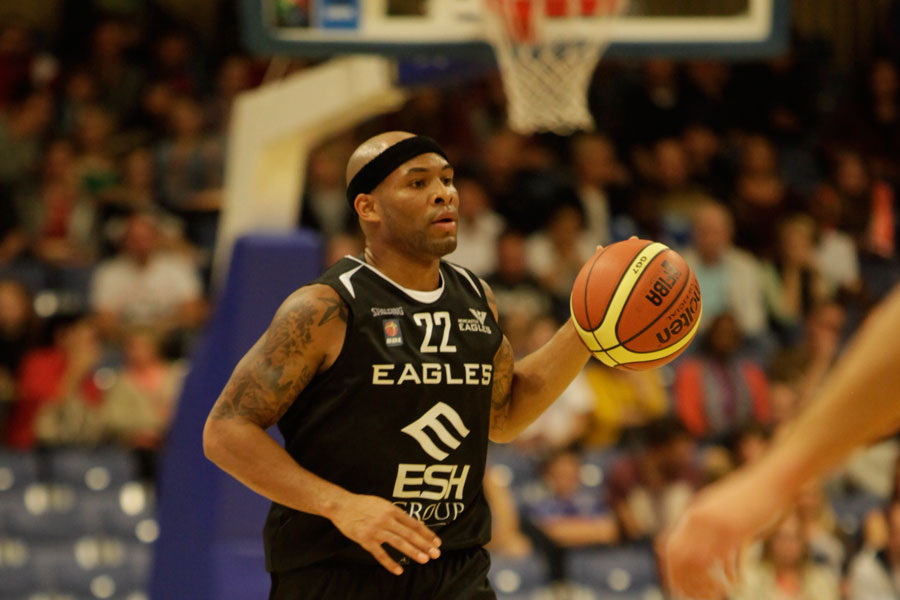 Plymouth University Raiders needed to work overtime to get their first victory of the season, defeating Esh Group Eagles Newcastle 89-87 after an extra period.

It was a perfect example of a defence-oriented game in the early going, as the teams combined only for 11 points in the first five minutes of the game, with Eagles in front 6-5.

However, with Plymouth’s offensive woes continuing, the visitors from Newcastle took advantage of the fast break opportunities to pull away to a double-digit lead at 18-7.

Having wasted a double-digit lead in the second quarter, Eagles did manage to win the first half, but only by a single point, as the scoreboard showed 37-36 as the teams left the court.

The intensity of the game only increased after the break, with neither side being able to break away. It was all even at 59-59 after three quarters.

With 13.6 seconds left in regulation, Eagles were up 83-81, but Donald Robinson (pictured) made both of his free-throws to send the game into overtime.

It was Robinson who stepped up once again in the extra period, giving Raiders an 88-87 lead with a two-pointer with 20 seconds left. On the other end of the court, Eagles could not come up with a response.

In addition to 24 points and seven rebounds by Robinson, Ben Eaves collected 13 points, while Matt Pressey had a nice all-around performance of 12 points, five rebounds and five assists.

Eagles came to Plymouth Pavillions with only eight players, but Malik Cooke did not seem affected by the big minutes, scoring 25 points and grabbing 13 boards in 38 minutes of playing time.

Charles Smith collected 18 points and eight rebounds, while Martin Scott chipped in with an impressive double-double of 16 points and 16 rebounds, but finished the game on the bench after fouling out.