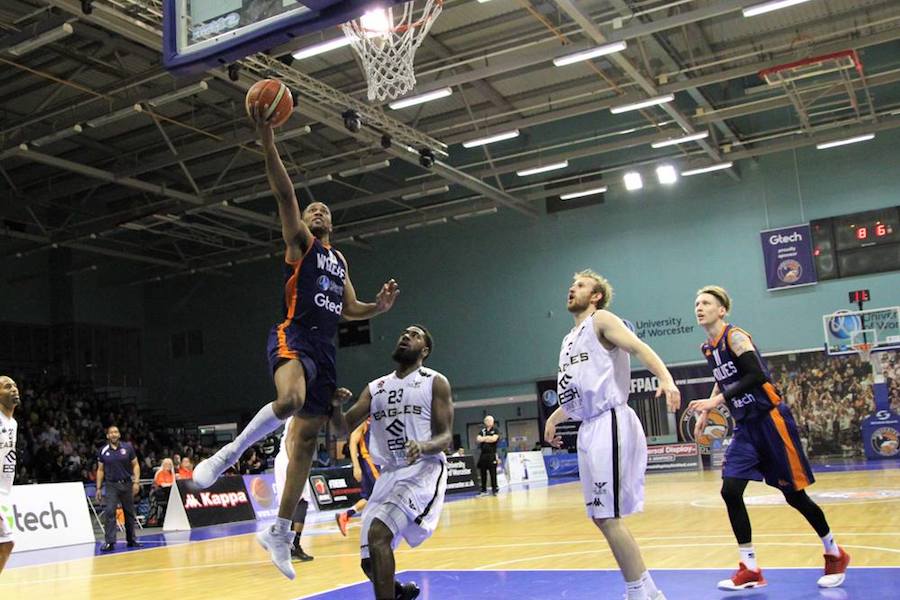 Paul James’ side toppled the league leaders, Leicester Riders, last Friday and followed with another big home victory as they take the head-to-head with the Eagles.

Trey Zeigler netted 37 points to lead the Wolves as part of a number of standout displays in the absence of Maurice Walker.

29 points were added by Alejandro Navajas, while Marek Klassen drained seven triples in his 25 points to go with an incredible 16 assists.

After an even start, the home side began to pull away with an 8-2 close to end the first before pouring in 30 second-quarter points to lead 57-38 at half-time.

Darius Defoe returned to action for the Eagles, but they had little to celebrate as Worcester put up another 30 points in the third to further stretch away.

The points kept flowing for the home side as they edged the fourth 39-36 in a high-scoring finish as they made it nine straight wins in style.

Deondre Parks had 23 for the Eagles as they drop to 20-7 in another blow to their title hopes.