Eagles Ready to Grasp the Title 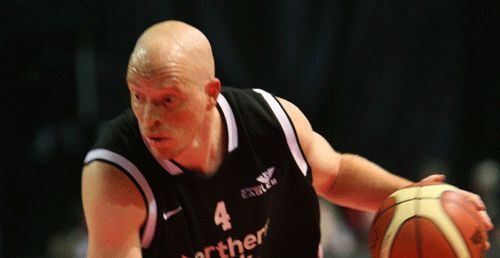 NEWCASTLE Eagles have one hand on the BBL title after reigning league champions Guildford Heat suffered shock successive defeats over the weekend. While the Eagles followed up their vital victory against Scottish Rocks on Friday with a comfortable 88-67 success over Birmingham Panthers on Saturday, their closest challengers slumped to surprise losses against London Capital and Worcester Wolves.

Guildford’s hopes of retaining their crown have been left hanging by a thread and with Plymouth Raiders waiting in the wings on the same number of losses, Newcastle are in the box seat an hot favourites to regain the biggest prize in British Basketball.

Certainly the mood around the Eagles camp at the moment is in stark contrast to this time last week when the inquest into a depressing BBL Trophy loss was underway and if the bonus of Guildford slipping up doesn’t quite make up for the Final defeat, it certainly helps.

Assistant Coach Billy Spragg was quick to underline the importance of the weekend and believes that it was the clubs’ win against the Rocks rather than the against Birmingham that had caused Guildford to crack.

‘While we were out in front, the league title was always in our own hands but it truly is in our destiny right now and we are in a really good position, although you have to remember that Plymouth will be pretty happy with the results too and will be waiting for us to slip up.’

‘Winning against the Rocks in a really tight game was hugely important and obviously put the ball back in Guildford’s court and subsequently they lost not once but twice which was great for us. Some people might think they were shocks but I think we always felt that their two games would be tough as Capital are athletic and difficult to beat as we know only too well and Worcester are the form team right now.’

‘I think we were always expected to win against Birmingham, and while we are happy with the result we aren’t happy with the way that we played. We came off the bus journey feeling a bit lacklustre and it took us a while to get going but we eventually did what was needed.’

Darius Defoe continued his recent improving form against the Panthers with a game-high 28 points, while Spragg poured cold water on suggestions that Jeremy Hyatt who missed the game with injury, would join Charles Smith on the sidelines for several weeks.

‘Darius did really well and that is what we need him to do when other guys are injured or not doing it. We now need to get him playing some real minutes with Lynard Stewart,’ said Spragg. ‘“Jeremy suffered a blow to the bottom of the back against the Rocks and travelled with the team to Birmingham in the hope of being able to play.’

‘However his back stiffened up and we took the decision to be cautious and rest him meaning he can play a part against Sheffield on Wednesday.’