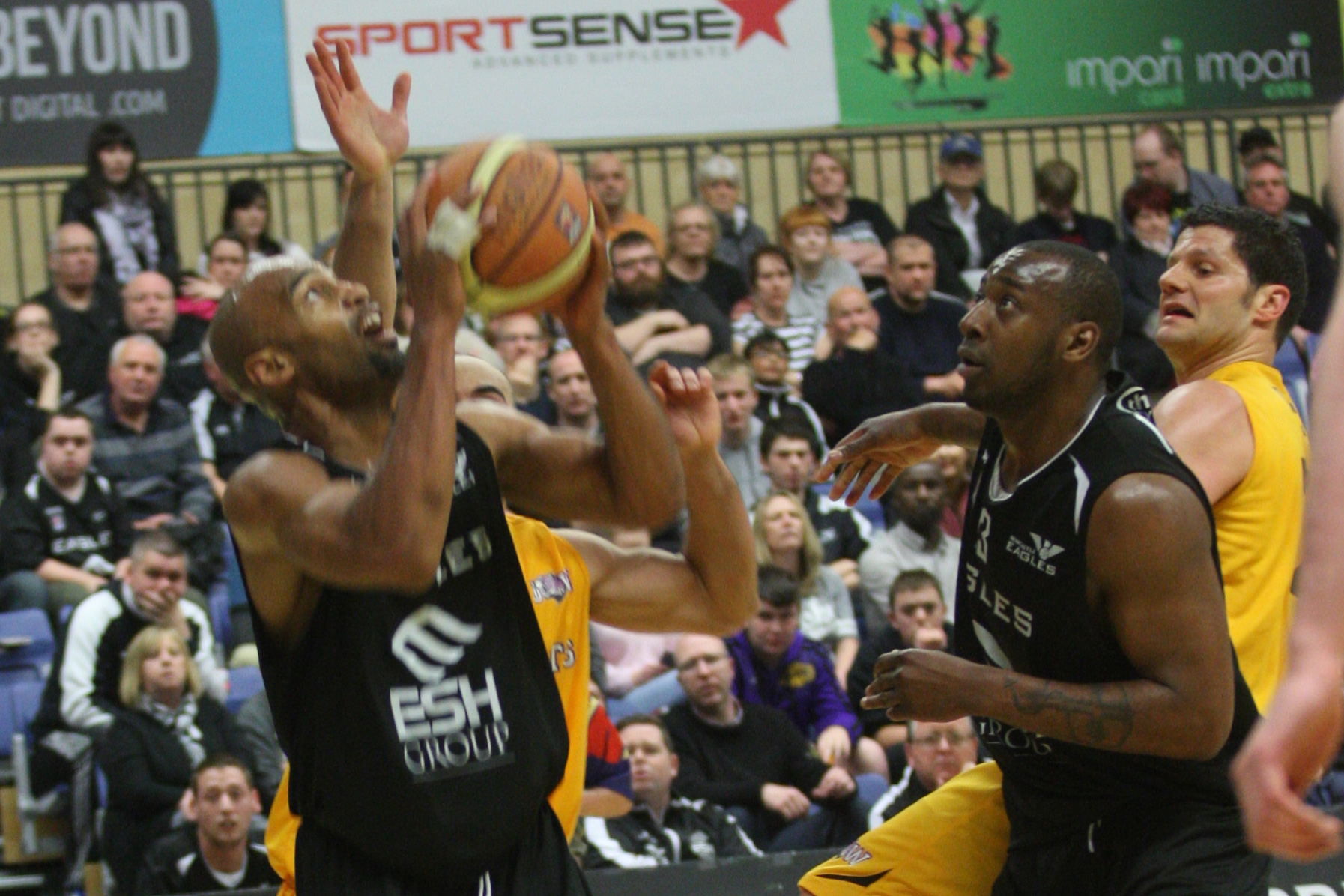 Esh Group Eagles Newcastle dug themselves out of a first quarter hole to take a dominant 97-75 lead in the first leg of their North East derby Play-Off quarter-final against Durham Wildcats. Scott Martin (pictured) scored 20 points and snatched 13 rebounds, with his points tally matched by Malik Cooke who was responsible for Newcastle’s recovery.

Eagles came into the game on 11 straight wins and unbeaten at home since October, being presented with the BBL Championship trophy before tip. But they must have still been celebrating as Ralph Bucci’s two three-pointers helped the visitors out to a shocking 4-18 lead six minutes in. Charles Smith scored Newcastle’s first basket in four minutes, but uncharacteristically shot 2/11 in the first half, and the Eagles looked to Cooke as he scored the first five in a 14-4 finish that ended with his buzzer-beating triple to get the Eagles back to 20-24.

Cooke then tied the game as he opened the second with consecutive baskets and it was tight until Martin’s triple broke a tie at 30 and the Eagles went on to score seven straight. The Wildcats missed six three-pointers after their early flurry, and trailed 39-34 going into the break.

The teams traded runs in the third as the hosts initially opened a double-digit lead in the third, Smith and Martin scoring triples, before Wildcats hit eight in a row with Odiba Attah and Paul Elderkin responding in kind. But Newcastle had the last word and showed their championship credentials late in the game, initially taking a 65-58 lead into the fourth quarter as Fab Flournoy and Paul Gause took turns to score consecutive baskets.

Defoe took over in the fourth as he scored four early points to restore the double-digit lead at 79-68 and, when Eagles stopped Wildcats scoring for five minutes down the stretch, the lead became 93-71 in a 13-1 run sparked by morale-sapping ‘and-one’ plays from Defoe and Gause. Eagles scored 22 points from the 11 turnovers they forced and 66 in the paint, to look good for another semi-final berth.