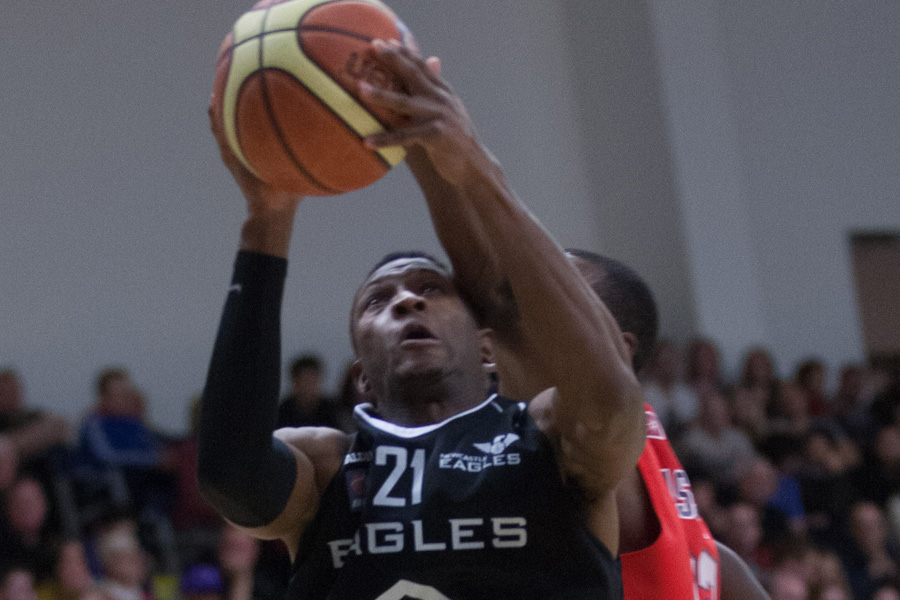 The centre was in great form and proved unstoppable under the hoop as the visiting team made the short trip back up the A1 clutching a ticket for the BBL Play-off semi-finals.

Having won the first leg in convincing fashion by a comprehensive 22-point margin, it had initially looked as if the Eagles would romp to another massive victory after they roared into an early 16-4 advantage.

But if it was to be Durham’s last outing of a historic campaign, they weren’t going to go down without a fight and posted a 17-4 start to the second quarter as they threatened to turn the game on its head.

Danny Huffor put Wildcats 39-34 ahead on the night and while any prospect of overturning the damage from the first leg looked remote, the hosts did everything they could to go make life tricky for their neighbours.

However, Eagles then scored nine of the last eleven points in the first-half to regain the initiative and when they returned after the interval, kept the upper-hand to eventually stroll to another comfortable success.

Malik Cooke and Paul Gause were both excellent in the backcourt for the victorious side with a combined 39 points.

Huffor starred in defeat with a game-high 28 points.

Eagles now progress to the BBL Play-Off Semi Finals and face Leicester Riders in a repeat of last years final. The team play away in the first leg this Thursday night and welcome the Riders to Sport Central this Sunday 4th May  – 4pm tip-off – tickets can be purchased online here.