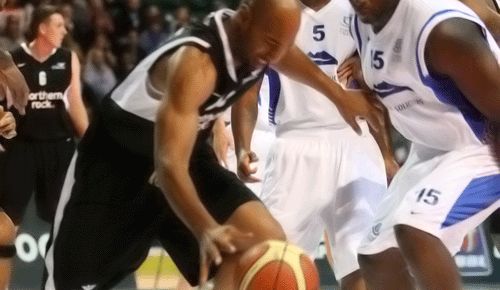 Eagles have shelved plans to play in Europe after concluding it could put the financial future of the club in jeopardy.
Eagles managing director Paul Blake said it was a decision he was taking reluctantly but his “head had to rule his heart” over entry into next season’s Eurochallenge competition.

With six Ukrainian sides having entered Eurochallenge next year, the Eagles could have been landed with huge travelling bills to finance their Continental tilt.

And while Blake felt they could just about afford it, the economic climate and the continuing uncertainty over where they will play there home games makes working towards Europe in 2011/12 a much safer option.

Blake still hopes to lead Newcastle into European competition this year, and wants the Eagles to enter the Haarlem Tournament in Amsterdam over Christmas.

“I’m very, very disappointed because a lot of work has gone in to making this work,” he said. “But it came down to whether we could make it financially viable and, in the current economic climate and with everything else going on this summer, we just took the decision that it was perhaps best to leave it another year.

“When we go into Europe we want it to be an annual thing, we’re not interested if it’s just one year, get beaten and come out of it again.

“And that means taking a slightly longer-term view, even if it is extremely frustrating after everything that we’ve gone through.

“Financially, Eurochallenge would have been a big commitment. When we saw that six Ukrainian sides were entering that kind of brought it home.

“If we’d drawn three of them, it would have been three trips to Ukraine at £13,000 a time and that is a huge amount.

“But it is only a temporary setback. We have now established a fund of money that will go towards making it happen this time next year, and it has not been a wasted effort on the club’s behalf.”

“There are also a number of promising developments about to take place at club level and also at league level. We have a number of pieces in place at league level to really push forward. it has taken time but, as with the club journey, these things do not happen over night. In my role as chair I’m helping to oversee some sginificant progress both politically and commercially in the sport. I do not want to take my eye off this in the next 9 to 12 months.”

Blake accepts that the decision not to enter European competition will have ramifications for their player recruitment.

“It may make it a bit harder because Europe was obviously a big attraction if we were playing in it,” he said.

“But we’re still confident that we can have a very competitive side and if we can bring back the stalwarts from last season’s team then we’ll have a good side again.”